Julen Lopetegui has appointed as the Real Madrid’s new coach. According to reports the current Spanish coach will take charge of the club after the World Cup. New coach signed a three-year contract with Real.

Zinedine Zidane, one of the most successful players and coaches of the club’s history, left Los Blancos with the crown of three champions League. This French great has taken the responsibility of Qatar’s national team to leave the side with an unrealistic salary. Many names have been raised so long as they are substituted, But finally the Los Blancos gives their responsibility to current Spain national team manager Julen Lopetegui. 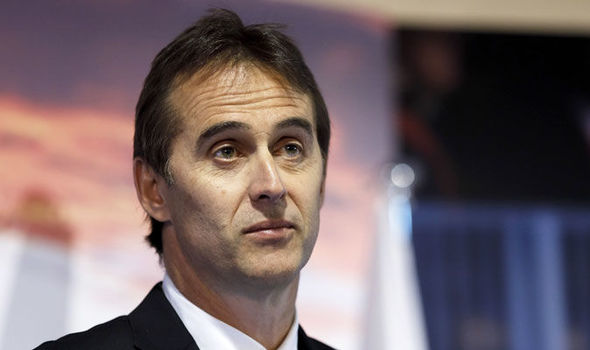 Only two days before the Spanish giant Real Madrid brought the third Champions League titles and after the two days of winning he announced retirement from the Real. And soon after that the bomb fell into the world of football. Real Madrid’s French coach Zinedine Zidane resigned on Thursday. After two and a half years in office, Zidane has left Real’s role. At this time, he won 9 of the club’s trophies. There are three European titles in the tournament.

On this day, the club President Florentino Perez was also at the press conference with Zidane. Zidane open through his decision at the conference which called at the Training Ground. Zidane said, he thought the club would extend the term of the coach. This decision has changed later. His mind changed. Now he seems to have a little time for himself. It is not that Real is the most successful joining nowhere and leaving job after being a coach.The reason is very clear he want some break.

On the other hand they signed Spanish boss for their team. The 51-year-old man completed the three-year contract with Real Madrid on Tuesday. Lopetegui contacted Los Blancos without informing the Football Federation of Spain (RFEE). He was fired to be showing this reason. The 2010 world champions will start the campaign against Portugal in the ‘B’ group match on Friday. Their two other opponents in the group Morocco and Iran

Lopetegui started a coaching career as a co-worker for the Spanish Under-17 team in 2003, playing a match for Real Madrid. Before leaving Porto, Spain coached the Under-19s, Under-20s and Under-21 teams. Spain is still unbeaten under the 51-year-old coach. Football experts believe that the players’ morale could be broken due to this sudden announcement. He will join Real after the World Cup.

On the other side, Fernando Hierro has been appointed as coach of Spain. Spain Football Federation confirmed the matter in a tweet message. The new coach will join the side after the WC championship.