Porto vs Juventus, the UEFA Champions League round of 16 clash was just a normal UCL fixture as like as the other games of the competition but no, if you had taken it as a normal game, you’d be considered as an uncommon football fan as most of the football romantics were very eager to see this game. Are you still wondered why this game was more than a normal one? No, i don’t think you’re that much fool to not understand it. Yes you’ve got it right. It was not only a battle between Portuguese side Porto and Serie-A side Juventus, it was also a battle between two legendary goal keepers Iker Casillas and Gianluigi Buffon.

Buffon and Casillas the two goal keeping legends of the modern football era who had led their teams to the Fifa World Cup glory in 2006 & 2010 respectively. These two are the role models of a lot of new keepers in the world and they came head to head when Porto hosted the Italian champions at the Estadio do Dragao on the Wednesday night. It was an epic battle and the football lovers were very much excited about it. 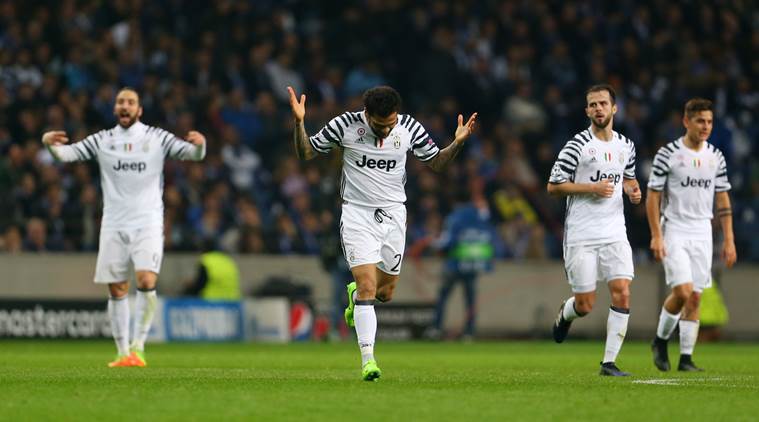 Referee Felix Brych was in top action with just 27 minutes having passed in his clock as he showed the second yellow card to Alex Telles within 2 minutes between 25th and 27th and the 24 years old had to leave the pitch. The hosts had to play with 10 men for more than 60 minutes and the visitors utilized the chance very well. It was the 2nd send off for the Brazilian defender this season. The first half finished goal less as no team could break the dead lock as both the goal keepers were keen to not concede a single goal.

Bianconeris’ Croatian Marko Pjaca opened the scoring for the visitors on the 72nd minute of the match and the Spain international was beaten for the very first time in the match. It was the maiden goal in a Juventus shirt for the 21 years old young footballer. Brazilian full back Dani Alves came to the pitch a minute later and coming into the pitch he made an impact straightway as he scored in the very next minute and doubled the lead for the touring side. The match finished with the 2-0 victory for the Zebras. Casillas couldn’t but Buffon managed to keep a clean sheet and the legends will once again square off in the second leg clash in the mid March.