After the end of the transfer window in this summer, Juventus is looking forward to next winter transfer schedule and they have already fixed their eye to Manchester United  full back Matteo Darmian who is an Italy international. They want him since the earlier this summer but did not able to manage him.

Matteo Darmian who joined at the Old Trafford in 11th July, 2015 with an undisclosed fee but to be believed approximately £12.7 million with four years contract and there included an option to extend it for further one year. Since the arrival, he made almost 28 Premier League appearances and netted just once though he is a defender. But however, he has failed to impress the new boss of the Red Devils Jose Mourinho and so, he can not play any match in this new season and it seems that his career at the Old Trafford has come to an end and it would be wise to leave the club while there will be still time. 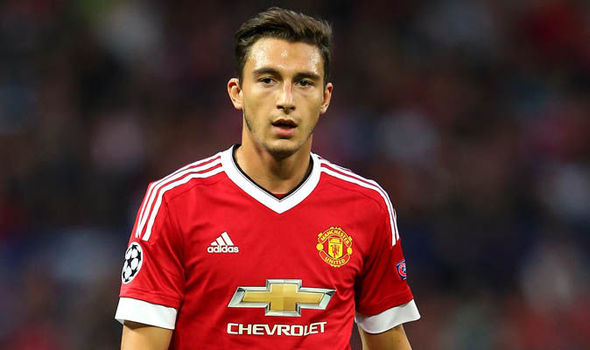 On the other side, the Italian top tier would be needed a replacement in next January due to their right back Swiss star Stephan Lichtsteiner is willing to left the Old Lady camp but he wants to remain in Italy and his first choice is Inter Milan where he wants to move. So, if the rumour will come true then perhaps the Old Lady will need a perfect alternatives and it should be ready in time. Swiss defender Stephan Lichtsteiner wants to leave Juve because they have bought Brazilian defender Dani Alves permanently this summer from Barcelona. And so, heis opportunity to get selected in the Juve first team would thinner. But, he does not want that. He always desperate to perform with the first team rather than by sitting in the side line. So, it seems that he has no other option but to leave the club.

However, there is also a report spread that Manchester United will release Italian international in upcoming January because he is not in the plan of the Red Devils manager Jose Mourinho and so, he wants to offload this matter. Juventus would be there for him and planning to fill the gap where their player are preparing for moving to Inter Milan.

Besides, not only Juventus but also another Italian side Inter Milan also linked to this Italian. So, considering all the possibilities, the future of Matteo Darmian are still in doubt.