Juventus is going to close deal with Napoli for Higuain transfer. They beat £58.2 million for this striker but the Italian giant refuses them. Napoli wants £78.2 million for his release but Juventus is not satisfy for this offer, so they close the term.

The current Serie A champion Juventus has linked with rival club Napoli and they showing interest for this Argentine striker. 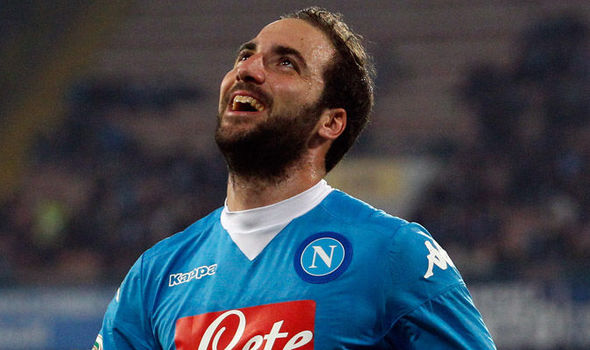 Higuain also plyed in last Copa America Centenario for his national team. His club performance is eye catching in last Serie A, he also scored 36 goal for his team. That’s why Juventus wants to buy him but he was not playing well in Copa America.

The Napoli precedent Aurelio De Laurentii has declared “The Old Leady manager has showed interest for this striker. And they want to deal with us. We also talks with them but they had no plans to paid £78.2 million for him. So the has deal has closed there”.

He also said “We also frustrated for this transfer but I talk with Juve chairman Marotta about this concern. He confirmed me they have interest for him but now they delete that.

Higuain also passed best time in 2015-16 session at Napoli. He also scored 36 goals in 35 matches. Arsenal was also want to link with him. But the club De Laurentii also confirmed “No club has link with this striker and they want his staying in here”.

Old Leady is also fall in concern for Paul Pogba’s Manchester City transfer and they need a good striker in his place. So they want him but now they declared they cannot buy him at this moment. Juve also signing many new player in this season. They also bought Barcelona’s defending midfielder Dani Alves. He also join this club.

Higuain also joined in Napoli at 2013 and he scored 71 goals and also made 94 appearance. He is one of the most successful player in this club also in Serie A. Also he is one of the best player in Argentina national team. Recently many media published about his club changing and his joining in Juventus. But Napoi and Juve is not agreed in this deal. Juve said he is more expensive and now they are closing this deal. Recently British online portal “Mirror” arrange a vote for his price, they asked “Is Gonzalo Higuain price £79 million. Only 17% people voted “Yes” and the 83% people Voted “No”.