The Old Lady are trying to buy French star Blaise Matuidi from Paris SG since very long as a replacement of their regular star Paul Pogba who has left the club to Manchester United this summer. So, the Bianconeri has suffered an obvious lack of this position and taken step to sign this Frenchman. But his club Paris Saint Germain are not let him leave the club so easily where they  has asked a huge amount for this Frenchman which approximately €40 million, by failing to meet such demand, they will not sell him. In this circumstances, the Juve has fallen into pressure where they have no intention to pay such price. 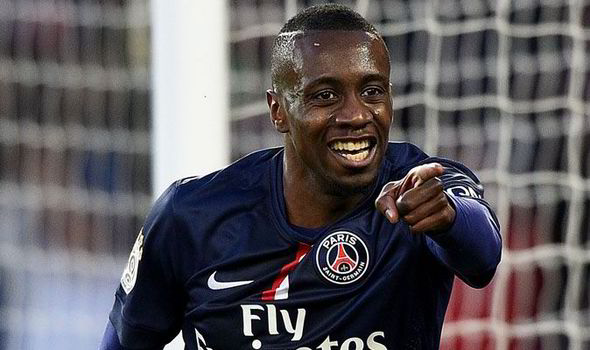 According to the report, this Frenchman is also keen to leave the French side to Serie A this summer and so, his agent Mino Raiola is currently working on it. He is basically trying to make their asking price lower due to prove his relation with the Turin where he has received a good commission by selling Pogba to Manchester United.

So, now, the Old Lady are unstable for waiting and have taken desperate move for this 29 years old midfielder because only few more days left of closing the transfer window. Before that, they will have to sign a new midfielder. So, they will prepare for their final move to the French club. Also they have already settled an agreement with the player and his agent but waiting to talk with the owner club now.

Raiola, the agent of the Frenchman has assured the Serie A champion that he will help them to reach an agreement between them and the Juve is now offering their ultimate bid approximately €27 million plus bonuses to the Ligue 1 side and will wait till 48 hours for answer. If the French club will reject their offer then they would probably shift their target to Luiz Gustavo or Axel Witsel.

29 years old Blaise Matuidi is a French professional footballer who started his career with Troyes in 2004. He did not change his club more times but almost thrice. Next he joined to the Saint Etienne in 2007 with an undisclosed fee where he made 132 league appearances and scored only three goals. He spent there almost four consecutive season and later in 25th July, 2011 arrived at the Parc des Princes. He made 167 appearances with the French champion and achieved 19 goals so far. He is currently playing for the France national football team where played 50 matches and scored 8 international goals.