Argentine star forward Gonzalo Higuain is successfully completed his medical to join with the Juve from Napoli this summer which is going to one of the big transfer ever. Besides Higuain, the Italian champion is going to make a move for another striker who is currently under contract with Brazilian club Santos. The player is known as Gabriel Barbosa or Gabigo or simply Gabriel. This Brazilian star is already given a title named next Neymar by the media due to his playing style and talent. The Zebras are trying to tie him and already tabled a bid of €20 million reportedly. Santos have agreed over their proposal to hand over this young star of Brazil where the club own only 40% rights. However, the both teams are waiting for the final decision for the players. Though, Gabriel is currently with the Brazilian national team to take preparation of upcoming football competition in Summer Olympics 2016 which will kick off in next August, 2016. But the club have given him the rights to negotiate his personal terms with the Old Lady. His father also holds another 40% rights and can negotiate his conditions individually. 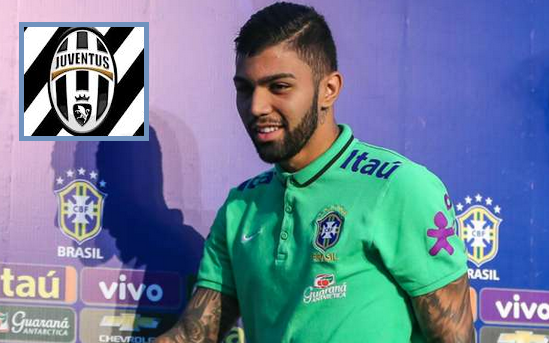 According to the Brazilian news portal, earlier this summer a rumour spread that this Brazilian is desperate to move to Europe this summer and so, Santos has no way but to accept the proposal from Juventus.

If his transfer to the Old Lady will make, then the Italian side will have started next season with five most talented attackers. They will have Gonzalo Higuain, Paulo Dybala, Marko Pjaca, Mario Mandzukic and Gabriel. This would be the best attacking side of Juventus of all time.

So, for this combination, team Juve are willing to give this young star three million euros salary in every calendar year which will be more than fourfold what he currently gets and his offer are worthy enough to please all three parties his agent, family and his current club Santos, according to the report. Spanish giant Barcelona also keeps him under observe where he will be their first option to buy.

Due to his extraordinary performance, he is selected for upcoming Rio Olympics 2016 squad and waiting to prove himself again.

This Brazilian young star has played for Santos since 2013 and till now made 82 appearances and scored 24 goals so far. He made his national team debut in 26th March, 2016 against Paraguay. Till now, he has just made 4 international matches with Brazil and scored two goals. If he can keep continue his magic, then he would probably make a new era in Brazilian football.