Leonardo Bonucci is currently regarded as one of the best defender in Italy and also playing for the Serie A giant Juventus. He is also on the radar of Chelsea boss Conte since the last summer and also Conte already faced two failed attempt to sign him in last summer transfer window. He tabled bid twice times but not succeeded. However, Conte was the former manager of the Old Lady and worked with the Italian defender almost three years together at the same camp. Now, he wants to gather his former patriot at the Stamford Bridge but Juve master Massimiliano Allegri would like to make his current deal improve and willing to give him a massive salary than before. According to the report, Serie A champion is ready to give £8 million for a year if the Italian centre back wants to stay with the Old Lady and also they are ready to offer him an extension contract which will last for next five years.

Besides, Conte wants him because he thinks that Bonucci would be a perfect defensive addition and able to play under any circumstances. However, Conte worked with him in both domestic and international competitions. So, he knows him well. Though, Conte already spent too much in last summer transfer but still they have not finished their market. 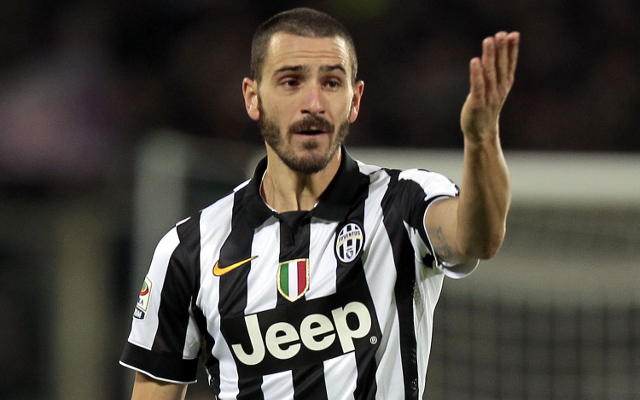 Giuseppe Marotta who is the chief executive of the Old Lady has revealed that they are working to extend the deal with the Italian defender and desperate to turned down Chelsea’s interest permanently. Though, perhaps Bonucci has been linked up with the Blues heavily, and counting on it Juve have announced their massive offer. So, the Killer Lady still hopes that Bonucci remains in Italian side where he still left four years contract left with them. They think that 29 years old defender would take his final decision soon enough and put an end of this speculation and sign the papers as well.

Besides, Juve already lost their one key playmaker Paul Pogba in last summer who moved to the Red Devils for €105 million and they are still suffering for that. So, they are not going make the same mistake by selling their key defender.

With Inter Milan, he has started his professional career but made only one appearance with them but had to spent two loan spell while under contracted with them named Treviso and Pisa. Later in 8th June, 2009, he moved to Bari and next to Juventus. He has played already 203 competitions with Juve and scored 12 tims so far.