Juventus recently rejected a lucrative offer of €90 million from FC Barcelona. A rumour has been spread out that the Spanish Giants Barcelona desperate to sign  Argentine sensation Paulo Dybala for summer windows. According to Tuttosport (Italian Newspaper) report the Catalan giants offered of €90 million for the Juventus striker but the deal was strongly rejected by the Juventus football club. It is also learnt to the source that the Blaugrana are expecting to shed pursuing the young talent.

According to the Italian outlet, the 22 years old was started his career with La Vecchia Signora in Turin and they are not agree to sell them to Barcelona. Report says that Barca are ready to spent more money for the young talent but the Old Lady has not showed any interest on their offer and keep remain on their non-acceptance decision. 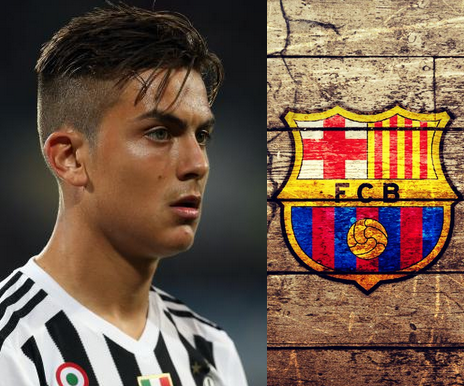 Dybala is also not interested to leave the club and wanted to stay there till his five year contract which will be expired on 2020. On the press conference he made a statement where he asked himself  that Could he become like Alessandro Del Piero or Gigi Buffon and replied himself that he got the picture which conveys their story that fascinates him. He mentioned that the five years is a long time and to wear the same costume since the long year such like a monument. He also told that he unable to promise something because things are not depend on him, it’s totally depend on club decision. On the statement he also mentioned his personal opinion that he had not wanted to leave the club at all and stay there forever.

The 22 years forward also mentioned that Juve is always favourite to him than Argentina and also from others and he would not part in Copa America Centenario 2016 edition for the club restriction. Dybala got the more success after the transfer from Palermo to Juventus which apprehended about twelve months ago for his outstanding achieved of 23 goals scoring. For his fabulous performances he was paid a Rosanero fee of €32 million. And for the same reason Barca is also want to hire him. The young attacker was contracted for five years with the Old Lady after finishing the contract it will be said some thing.

Such a high demand offer for Dybala proved that how prolific player he is and on the other side Jive’s not selling stand of lucrative offer also proved his priority in the club.  The old lady are not thinking about the profit at present, they just focus on their club future which is mostly dependent on Dybala.

Dybala is one of the most young talent in recent time and his priority in the team gives him more confident to warm his career. If he switched in Barcelona side it is doubted to finish his career almost.

The attacker want to continue his game and in Juventus he get the chance to perform regular but as we know the bench system of Barcelona can destroy the form of the youth which is unexpected to all. That is the probable cause of the forward not to go in Barca side.