Italian international Leonardo Bonucci who arrived at the Juventus Stadium in July, 2010 in order to get €15.5 million and the agreement was made for four years. Later in 2nd April, 2012 an announcement was made that he extended his deal for another five years. Though, he has still a couple of years contract left but still the Old Lady want to secure his place by renewing his agreement for another two years. According to the report, the Juve are preparing an offer for the Italy international which almost €5 million per year for his service.

There is a rumor which says that Manchester United and Chelsea also keen to this player and so, Juventus would offer a new contract to keep the interested club at bay. 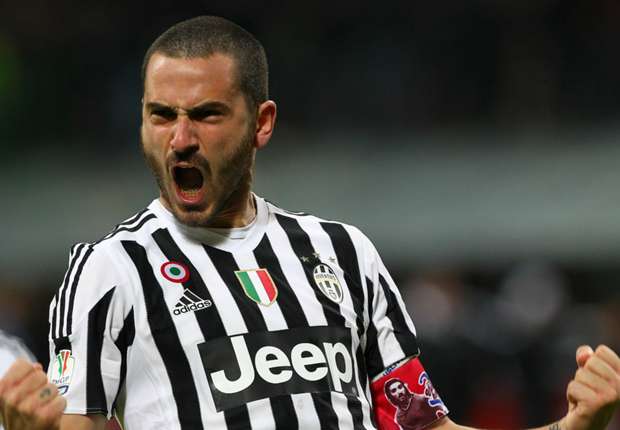 Besides, the centre back also wants to stay with the Killer Lady and wants to avoid to move elsewhere from here right now because he has some incredible memories with the camp where he helped the club to win fifth consecutive Serie A title along with two Coppa Italia in his last six season with them.

On the other hand, the Juve manager Massimiliano Allegri is desperate to keep this defender because he already lost his one key player Paul Pogba this summer to Manchester United with a record fee £89 million and in previous season, he lost Argentine star Carlos Tevez to Boca Juniors. Through their move, they yet to suffer the Old Lady. So, the chief of the Italian side does not want to lose another key player this time.

Juventus will offer this 29 years old defender a new contract which will valid till 2021 along with will increase his annual salary, according to the report. This would be great offer for the player and he would be very happy with it. However, Manchester United would probably not able to offer more than that due to that they already spent a huge to buy Pogba and if they would possibly afford such amount, the Juve would not allow to let their another key player leave to their side after Pogba. Chelsea also interested to buy this player but perhaps they would not need him anymore because they made successfully their deadline jump to David Luiz and Marcos Alonso.

Bonucci who started his professional career with Italian side Internazionale in 2005 but made only one appearance with them but had to spent two loan spell while playing with them with Treviso and Pisa. Later, he moved to the Bari permanently in 8th June, 2009. he played with them just one season and made 38 appearances and also netted once. Juventus is his third permanent club and he is still with them and made his highest 199 league appearances with the Old Lady and scored 12 goals.