Italian champion Juventus are forcefully shifted their attention towards the Sevilla defensive midfielder Steven N’Zonzi After their 1st choice Blaise Matuidi has been expected to extend his agreement with French club Paris Saint Germain. They were also almost failed to get Moussa Sissoko from Newcastle who wants to stay with the English side for few more season. Despite being Sami Khedira in their current squad and also a new signing Miralem Pjanic from Roma, they have required another alternatives of the same position. And so, they have turned their attention to the Frenchmen Steven N’Zonzi.

However, 27 years old French international has arrived at Ramon Sanchez Pizjuan in 9th July, 2015 for £7 million fee which would be increased to almost €30 million in next four years. And then the buy out clause £25 million was set. So, now, if the Old Lady wants to bring him at their camp, they will have to meet their release clause and which would be a good business for the Spanish oldest football club Sevilla. 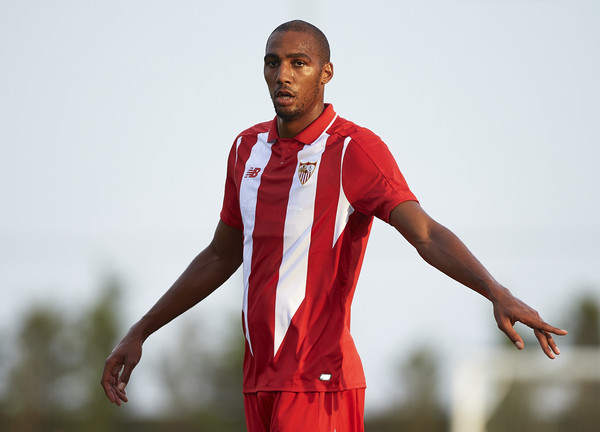 Besides, the Foxes are also keen to the France international this summer but seems difficult to meet their demand. On the other side, Sevilla would not prefer to hand over their one of the best performing player to their opponent Juventus to rich their midfield section where the Old Lady is placed their own group in Champions League.

But the Great of Andalusia is counting the possibility of their player’s choice. If the Frenchman would satisfy with the Killer Lady on their personal terms and agreed to move their, then they would probably let him go.

Besides this former Stoke City player, the Italian side still has another alternative Luiz Gustavo who is currently under contract with German side Wolfsburg. But the club is very wary about his destination and would not like to let him leave this summer, perhaps. However, the current Juve coach Massimiliano Allegri has revealed that they would not need another midfielder this season where they have already possess enough star in their squad but if the Frenchman would come then it will be their bonus achievement.

This 27 years old Steven N’Zonzi ha salready competed with four different clubs in his career where he has started with Amiens in 2007. He played with them almost two seasons and made 37 appearances. Later he joined Blackburn Rovers in 28th June, 2009 and then Stoke City in 31st August, 2012 for £3 million transfer fee. He made his highest appearances with the Stoke City with 109 and scored six times so far.