Serie A giant Juventus is willing to extend contract with one of the key player Paulo Dybala who is currently in the radar of Spanish side Barcelona. Team Barca wants him as a long term replacement of the prime player the legend Lionel Messi, according to the reports. But, Serie A side does not wants to leave. So, they already once rejected the Barca’s offer in last summer. To ensure to keep their major forward in the squad, the Old Lady are keen to make a extension deal with the Argentine international and they want to tie him down until 2021. Besides, they are ready to make his salary almost double where he is received currently €2.2 million and if he will make new deal, then the salary would be €4.4 million. 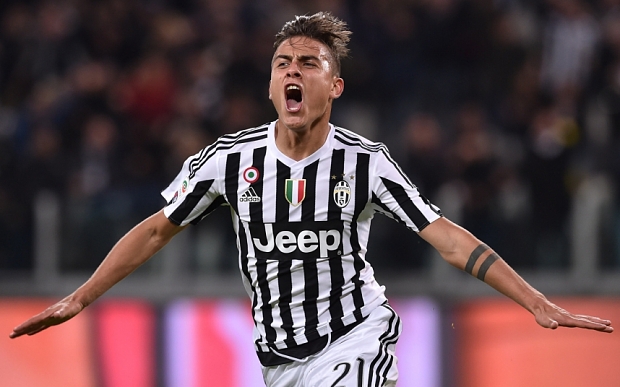 Paulo Dybala who is currently regarded as one of the most tactful player in the Juve team squad where he arrived there in 4th June, 2015 with five years deal and the transfer fee was €32 million along with €8 million in add ons. He was given 21 number shirt which was previously used by Andrea Pirlo. He played one complete season with the Old Lady where made 34 league appearances and scored 19 goals so far. After finishing the last season, when Paul Pogba went to the Manchester United, then he was assigned number 10 shirt but he rejected that offer and would like to wear his previous number. He has started with Juve a new Serie A season and already played 4 appearances but yet not make any goal.

On the other hand, Barcelona is keen to sign this Argentine who could be a great player sometimes where Luis Enrique who is current chief of the Team, tried to land the BVB player Dembele but he would like to stay with the German side. So, Juve wants to make extension deal quickly and does not want to give any chance. Barca wants him to replace Lionel Messi because Leo has almost reached at 30.

Dybala, who has scored his first goal this season with the Old lady against Dinamo Zagreb in last Tuesday which was a competition of UEFA Champions League. Allegri hopes that he would get goals regularly from now on.

According to the news, the Argentine said that it is very hard not to score goals but he did able to goal yesterday and so, he is hoping that he is doing ok.

Paulo Dybala almost played three different clubs in his short career. He started his career professionally with Instituto. Then moved to Palermo. Juventus is his third club.