Kevin Gameiro was the potential Summer target of Barcelona. According to reports the Catalan giant wanted to cast him in Summer transfer windows. But the froward joined Atletico Madrid.

By the state of the reports the La Liga giants insisting him to join their side. But he felt not Barca, Atletico Madrid were perfect for him.

The France international revealed that there were the possibility of setting at Nou Camp but in his mind it was clear he wanted to set himself at Atletico Madrid. When the Atletico contacted him, he accepted the offer immediately. 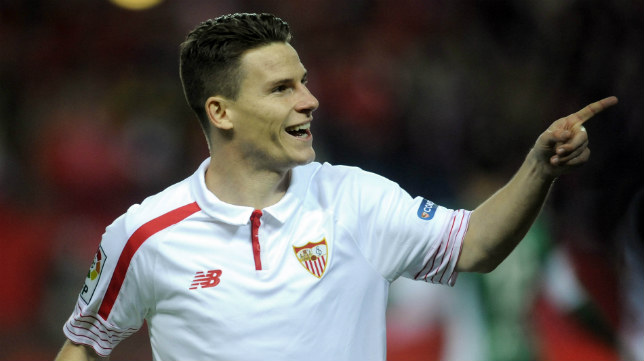 By answering of the question why he refused Barca offer, he replied that it was most pleasant to get chance to play for the vast club like Barca. And it also dream of millions players would be the player of the side. But play with Lionel Messi, Luis Suarez and Neymar means a long term benching which enough to dismiss any one career.

For this reason the frontman also chose the side and believes it became the better option for him. Atleti has brought the Chelsea striker Diego Costa before signing Gameiro. The Brazilian

Los Colchoneros coach Diego Simeone phoned him and told him that they wanted to cast Diego Costa for Summer. It was very disappointing and difficult situation for him but now he is staying in  Madrid and that is the big deal for him.

The former PSG striker starting club career with Strasbourg. It was the fourth level football competition. He joined Lorient

In 2008 by neglecting Marseille moving offer. He spent three years with them and joined the French club PSG in 2011. The agreement was confirmed for four years with €11 million. But before ending the contract period he left the side and Joined Sevilla in July 2013. He signed for five years with the transfer fee of €10 million. He shown a outstanding performance in the side. In July 2016 he moved to Madrid for €32 million. His deal completed for four years.

The Mattresses consuming in third position in La Liga point table. They became the unbeaten team of the competition. In their last six match they won three and other three result were drawn. Real Madrid existing in the top of the table with 14 points and the Catalan giants holding the second place just behind of one point from the Vikings. Keep watching the most favorite La Liga Santander and linked with us to get update.