The Korea Football Association pushing referees to get chance in Russia World Cup so far. As the South Korea has got ticket of the tournament after qualifying themselves. Now their country finding the referee opportunity for the championship.

KFA (The Korea Football Association) sending three referees for the post and they are Kim Jong-hyeok, Kim Young-ha and Yoon Kwang-yeol.  To select as a World Cup referees, the trio man need to achieve  a recommendation from AFC (Asian Football Confederation) and the recommendation need to manage before making the decision of FIFA. 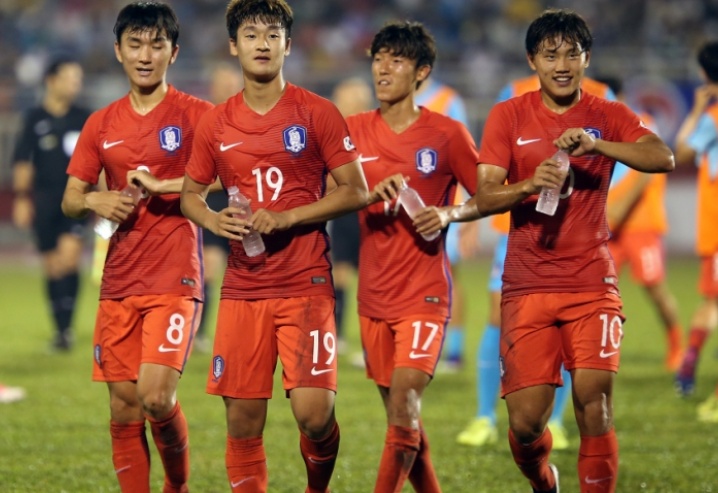 However, South Korean football association unable to send any WC referee in Brazil  which had been held in 2014 and it was very disappointing for the country, To point out the matter  KFA President Chung Mong-gyu takes decision to send referee in the Russian WC. after FIFA started selecting match officials as a team.

The KFA arranged a project named ‘future WC referee’ where they selected six man by dividing into two groups for the job. One group consisted three man and total six members were selected. But unfortunately one group has been kicked out and one still alive which consisted three.

Kim’s group has built up their image on their own ability. They have been smoothly build up their reputation. The trio colleagues are selected from 22  South Koreans referees who are selected from FIFA Under-20 WC which happened in South By the state of the reports  the trio will be taken charge of the most happening AFC Champions League semifinal which held between Al Hilal vs United Arab Emirates in the next week.

Kim Jong-hyeok becomes the most youngest of the trio man. He is just 34 years old who has been working as the main referee. If he get chance in Russia championship, he will be the first South Korean man to perform as a main referee.

Kim become very hopeful for the job and it’s such a great honor to perform in most fascinating WC 2018. It is said that World Cup referees has been chosen from heaven. He wanted to part of the heaven and presently waiting desperately for the good news.

The history of South Korean ferry started with the Park Hae-yong in 1994 when he officiated as assistant referee in the United States. After him Jeon Young-hyun com as the second man who performed  as a linesman in 1998 WC tournament which was taken place in France. Kim Young-joo was the first Korean man who served officially as the head between Brazil and Turkey match in 2002 World Cup.