Bangladesh Premier League is just days away as it will be kicked off on this weekend and Khulna Titans have timely lured another super star of domestic t20 cricket, the veteran Aussie opener Michael Klinger. The Western Australia opening batsman will fly out to Bangladesh on the Tuesday and is set to miss the first half of the ongoing JLT Sheffield Shield. After getting the offer, he has been given the green card by the both Western Australian Cricket Association (WACA) and the Cricket Australia (CA). The top order batsman nicknamed “Maxy” will be available for the full tournament which will last 5 and a half week. 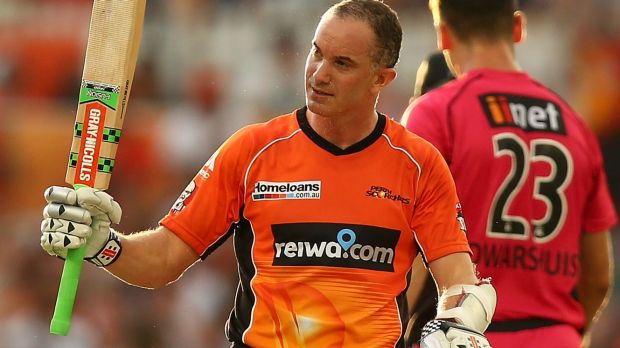 BPL is the biggest tournament of the Bangladesh and has been very much popular in the cricket world as it has attracted a lot of big players with the likes of Brendon McCullum, Chris Gayle, Kumar Sangakkara, Shane Watson, Jos Buttler, Sunil Narine. The 37 years old is the latest addition to the list. It is a huge boost for the Titans who had qualified for the last 4 in the very last season. Titans will play their first match of the tournament against Dhaka Dynamites on the November 5 at the Sylhet International Cricket Stadium.

Michael Klinger is considered as one of the most underrated cricketers in Australia. Despite of his consistent form in the domestic level, he has not been selected for the ODI and Test for the national side. He has just played 3 T20Is for Australia national cricket team against Sri Lanka, earlier this year. The former South Australian Redbacks skipper scored 143 runs in the 3 matches, averaging 47.66 with a highest score of 62. He also has a healthy strike rate of 127.67 but in a competitive Aussie squad it is very much hard to settle a position in the regular squad with the likes of Aaron Finch and David Warner around.

The Melbourne born player has recently won the JLT One Day Cup with the Western Warriors and has played many where over the world. He is the club captain of English County Club Gloucestershire and led them to Royal London One Day cup glory in 2014. He used to play for Adelaide Strikers in the Big Bash but having changed the club he is now part of the Perth Scorchers side, with whom he won the last Big Bash. Maxy was very consistent in that cup winning campaign. He was also a part of the Kochi Tuskers Kerala in the IPL.