In before Pakistan legend Wasim Akram was the mentor of bowling side of KKR. He had mentored the side for 4 years. He joined the side in 2010 but this season could not appearing the side due to his other respects. As a Pakistan former he have to some duty for his country and this season he would give time to them as the PSL is knocking the door. Akram was damn good for the side. He boost the side to take trophy two times in 2012 and 2014. Now Bala has replaced him and committed to take the team in new era of cricket. 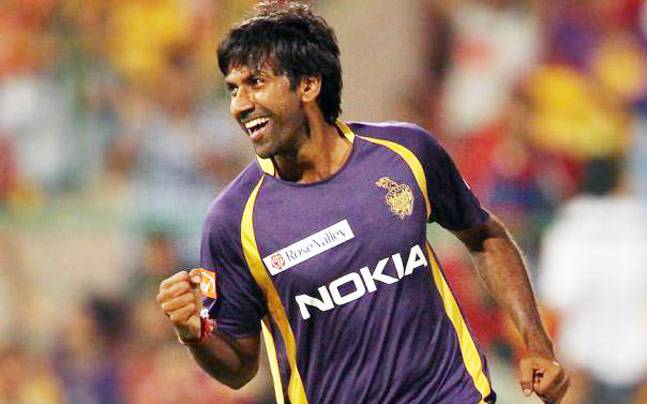 The Chief Executive Officer of KKR welcomed Balaji in their franchises announcement and he explained his happiness for to cast Bala. Bala the guy who became the part of the side from 2011 to 2013. And once again he joined the side with a new role of coaching.

Laxmi is also very excited to be part of the honorable tournament. He being very happy to included once again in the side. The 35 years old mentioned that to be the bowling coach of KKR he had thoroughly enjoyed his dimension as a player Kolkata Knight Riders. He is very  delighted to be return to the side and he promised to take the team in a good position.

Balaji was very talented guy. With the team he achieved many honor of wicket in his career. He entered the national side in 2003. Last September he retired from First-Class cricket. He played total 30 ODI matches and picked 34 wickets. In Test format his effort just too good. By appearing 8 Test he took 27 wickets so far.

At present he being playing the same role for Tamil Nadu team. And he expert in his work. So the KKR decided to cast him for his impressive efforts.

The right hand pacer played for Chennai Super Kings in the first three season of IPL. Then he joined to KKR in fourth season of IPL. He spent three season with them. And when it was seventh edition of the glamour tournament Kings XI Punjab picked him in their side. But this we can see him playing a new role in Indian Premier League.