This week has produced some massive results. With average 6 games remaining for a team, it is the most crucial stage of the league. Every teams are searching to fulfill their objectives and are keen to reach their desired destination. It has been a very big week for some of the very big stars who missed the most of this season due to injury. The dramas and intensities proving once again why the EPL is called the best league in the world.

Manchester City defender Vincent Kompany, who missed the major part of the season has only featured in 8 matches for the Citizens and has finally found his very first goal of the campaign against Southampton. The Belgian captain who missed the UEFA Euro due to injury scored the opening goal of the game against the Saints at the St. Mary’s Stadium on Saturday. The Uccle born footballer who just turned 31, earlier this month would be pleased with his much needed come back strike. Last season he found the net on two occasion. The experienced centre half didn’t only missed majority of this season but also missed some vital matches last season as he has been the victim of the injury since quite a long time. 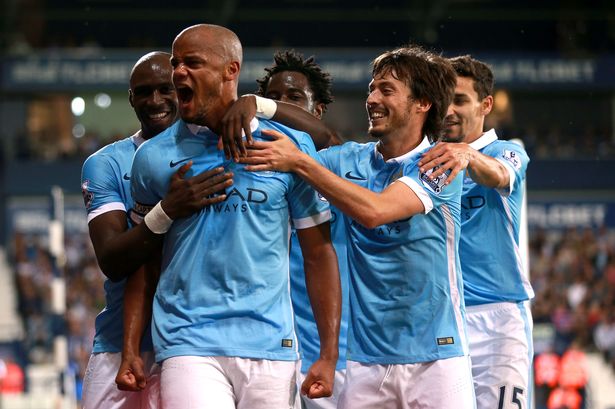 Another sensation of the League, Harry Kane, who missed some crucial matches for Tottenham due to an unwanted ankle injury, got his first start in more than 30 days against Bournemouth and the super star has done yet again, what he loves to do the most, has scored another goal for his club. Although he appeared in his team’s previous clash against Watford but the young attacker was a 2nd half substitute for Pochettino’s team on that occasion and having got the first start the talisman found the net as always. Although it is tough to come back stronger after an injury but the England international proves once again why he is considered as one of the best strikers in the league as well as in the world.

Kompany’s team Man City secured an important 3-0 victory against the Saints away from the home and Kane’s Tottenham claimed a mammoth 4-0 victory over the Cherries at the White Hart lane. Kompany also missed the crucial world cup qualifying games for his Belgium national team and Eden Hazard led the Belgian Red Devils during the centre back’s absentee. But with this strong come back Roberto Martinez also would be very pleased to welcome his best defender back into the team.