Kostas joined Roma in 2014 for €15 million transfer clause and spent an excellent season with the club. For his outstanding job the center back get an extension offer from the side which kept him there till 2019. But the defender strongly rejected the offer of Roma. He thought if he did not rejected the Roma’s offer his future will be sunk. 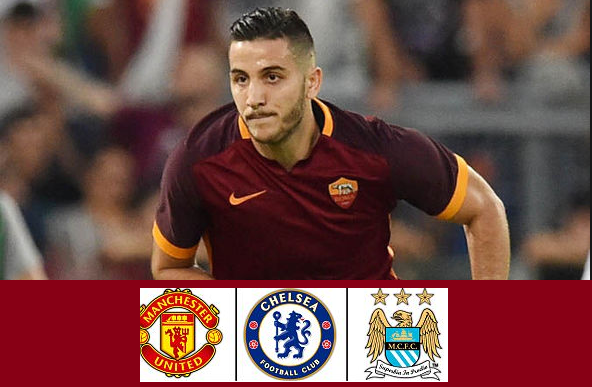 He clearly notified that he did not want to stay at Italian club and his target is now the leading European club like Man United, Man City and like Chelsea. He also mentioned that he had not interested to speak to Roma for a while.

When it was asked to his agent Evangelopoulos, how long  asked Manolas stay at Roma, he refused to say anything and replied only two words No comment. The agent also termed that the best clubs like Manchester City, Man United and Chelsea shown their interest to buy Greek defender.

Kostas made 45 appearances in different competition. And he consists very tight and tough defence. His experience in centerback really outstanding. This the main fact why Mourinho so interested to pull on the defender on their side. After trashed by Borussia Dortmund Mourinho in big defference 1-4 thrown Mourinho under pressure. Now Mourinho need to be more tight defence to save goal. On the other hand the club will be failed to achieve their goal in the next.

The report says that the Italian club wanted to keep Manolas at their side but the Premier League clubs offer ruin their all hope. If the transfer will take place by 1st September, the former club Olympiacos will get fifty percent of their transfer money.

Now the question is where will be the Manolas next destination. The deal yet not confirmed but it is expected that the soon the deal will be taken place. Whatever the new destination of the fabulous defender, one thing is confirmed he would no more play for AS Roma.

But the fact is that he is still under contract of Roma and to speak about the switch he told he was unable to say anything about the move as he had penned a three years contract with the club, and now the full situation depends on Roma.