Alexandre Lacazette joins English Premier League giant Arsenal earlier in the July on a 5 year long deal. The permanent move costed Arsenal £52.7 million which is a new club record fee given to buy a player in the history of Arsenal as it broke the previous record of £42.5 million which was given to Real Madrid to buy German super star Mesut Ozil. So the French man becomes the most valuable footballer in Arsenal’s history by smashing all the previous records. 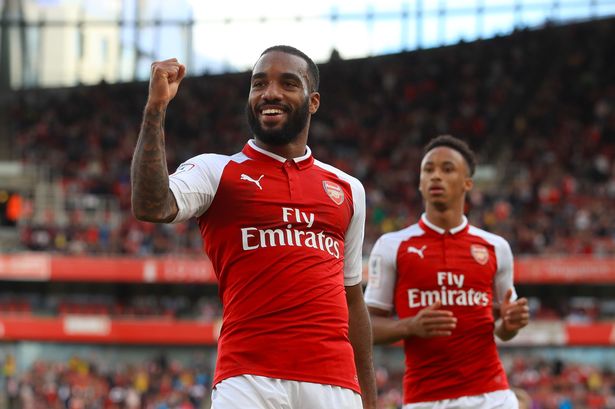 The striker who turned 26 in the last May will also be the highest earner in the club as he is set to earn no less than £200,000 per week which is at least £60 k more than any other footballer of the Gunners’ squad. Club’s Chilean super star and talisman Alexis Sanchez and German play maker Mesut Ozil both earns £140,000 per week. Another new signing Sead Kolasinac will also earn as same amount as Sanchez and Ozil. English winger Theo Walcott receives £110,000 as his weekly wage fee. Wales international Aaron Ramsey too get the same fee and the departing French forward Olivier Giroud who has been heavily linked with Marseille and Everton earns £100,000 per week.

The Lyon born footballer entered the Lyon academy in 2003-04 season when he was just a 12 years old little boy and in that very similar season French legends Thierry Henry, Patrick Vierra, Robert Pires led Arsenal to an invincible league glory which made a great impression inside the mind of the young Alexandre. Another thing he loves about the Gunners is their managerial stability as they haven’t changed a single manager since the appointment of Arsene Wenger back in the 1996. According to the France international, the way Arsenal plays the football is undoubtedly the best in the England and all these things have attracted him to join the Emirates Stadium based club.

The consistent goal scorer played for the Lyon main team for no less than 8 seasons and finally he joined his dream club and he said that it was a dream coming true. He also said that he likes club with history and also talked about his playing style. He again said that he likes his pace and always tries to link up with his team mates. He told confidently that every time he takes a shot towards the goal he firmly believes that he has the ability to score. He also tries to keep himself as calm as possible.