Leicester City Football Club continues to stun the football world with their activities on and off the field since the start of the last season and they have not finished yet. The football club who used to battle to avoid the relegation for a spot in the top tier league of English football are not considered a small club after last season’s heroics. It is never easy to win a top league of the Europe with an ordinary team but the Foxes somehow did the impossible task done under Claudio Ranieri. They simply wrote a fairytale to win the English Premier League title of 2015-16 season.

But that wasn’t the only shocker the King Power Stadium based club has produced so far, them completely stunned the football world and even their own fans when they sacked their manager Claudio Ranieri, who led them to a league glory after some horrible performances this season. The Italian was expelled from his job after the very first leg defeat of UCL round of 16 clash against Spanish giants Sevilla. 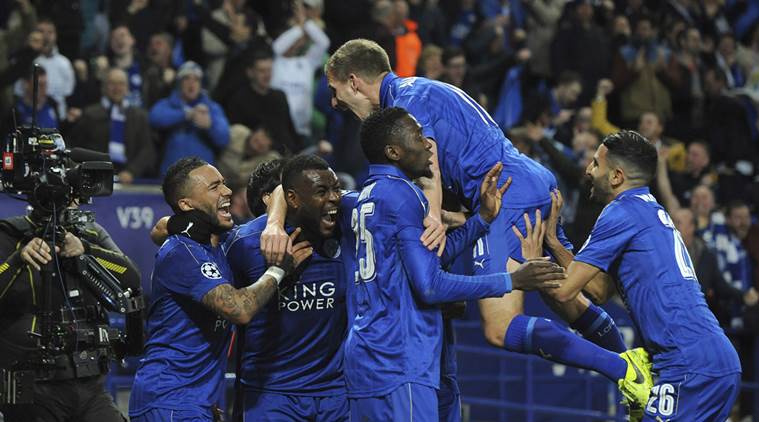 They appointed Craig Shakespeare as the head coach who has been a part of the club since quite a long time but having gotten the new big role the Englishman has become a success for the club so far. The squad who were struggling under Claudio this season, has gifted the club 3 victories on the trot under the 53 years old Birmingham born manager. After two consecutive 3-1 margin league victories against Liverpool and Hull City, the Foxes have now beaten a strong Sevilla side at the Walkers Stadium which was a must win one for the English champions. With the 2-0 victory the EPL holders have also qualified for the UCL Quarter Final which is undoubtedly an unbelievable achievement for them.

Defender Wes Morgan opened the scoring on the 27th minute to give the hosts the much needed breakthrough. The first half finished with the 1-0 advantage for the home side and the aggregate score was level but Leicester were ahead because of the away goal. Sevilla were in a must win condition at the second half but they just couldn’t do it and moreover midfielder Marc Albrighton doubled the lead on 54th minute to seal the game as well as a place in the Quarter Final. Sevilla’s French play maker Samir Nasri saw his second yellow of the night on the 74th minute was forced to leave the field and the touring side had to play with 10 men for the final 15 minutes of normal time.