Leicester City attacker Riyad Mahrez should be join Barcelona ahead of closing Summer transfer window. Barcelona were interested to sign the Algerian winger but the deal could not go winger to final level. The Barca legend Xavi Hernandez advised Barca should buy the forward in this Summer.

Mahrez grabbed the PFA Player of the Year trophy last season’s. For his outstanding act he was also target of Chelsea. The premier league club willing to pay 50 million Euros for the playmaker. All thing were set but finally the deal has not completed.

The La Liga giant also interested to bag the winger in their side. As the transfer window has been closed so now there no option to pick player from other side. According to source  It is learnt to the source that Mahrez have already signed an external deal contract with the Premier League Champion. The deal will expire after 2020. 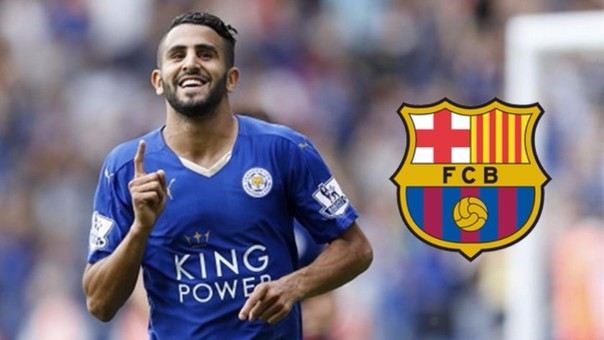 Xavi termed the Algerian was good enough to play for Barcelona. He added he became pleased  for Mahrez decision to stay with Leicester city.  The Spanish international was asked about the Shortlist magazine of Catalan club.

The 36 years old clearly linked the English side option. He also  exclaimed if Leicester city had lost their best player after such a big achievement it would have been a shame. It’s really a real fact Barca consisting already some most greatest legend in their side as well as Messi, Suarez Neymar. Apart of them they also included some new names in the side. But if the premier league champion lost their only key player it looked so embarrassing.

He thought Riyad is suit in the English club than Barca. And it is also love to watch him with blues.

Xavi was one of the best center half of Barcelona since 1998. Last season he jumped to Qatari club Al Sadd by signing a three years contract. He is very talented guy in ever. His assisting and ball passing really entertaining. His mind blowing performance is always love to the fans.

Actually Barcelona wanted the same category playmaker in the upcoming season. They seemed more serious than ever. Their main focus is La Liga trophy. They have sign some new faces and release some old faces. This Summer they allowed for loan out twelve guy along with Brazilian Douglas, Spanish Sergi Samper, Juan del Carmen and Munir El Haddadi. So guys be linked with us to get more news.