Lionel Messi, the football genius opens up his La Liga goal account for the season. The Argentine magician was unlucky against Real Betis in Barca’s very first league game of the season but had to wait no longer for his maiden league goal of the campaign as he found the net against Alaves in the very second game. Although Leo registered a goal against Real Madrid in the Spanish Super Cup first leg game, he was searching for his maiden Liga BBVA strike of the campaign as he was denied several times on the August 20 at the Camp Nou. Gerard Deulofeu special, saw the Catalans grabbing all 3 points on that occasion. 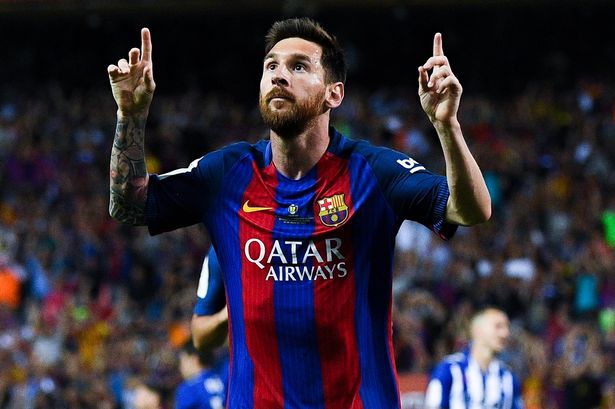 The Blaugranas visited the Estadio Mendizorrotza with a view to clinching their second La Liga victory and Ernesto Valverde named a strong starting line up. Deulofeu who has rejoined from English side Everton, retained his spot in the team. Uruguayan sensation Luis Suarez who suffered an injury during the second leg against Los Blancos, missed the season opener and also didn’t feature against Alaves. He also missed the Copa Del Rey final against Deportivo Alaves, as he was banned on that occasion.

The Catalans were forced to play with a considerably weaker attack but as long as there is Leo Messi, you will have less to think and less to suffer. The Argentina national football team captain was hungry for goals and once again stole the spot light with an incredible brace. He put his name twice in the score card to gift his team all 3 points from the fixture. There were no goals scored in the opening half of the clash. The left footed champion player, opened the scoring on the 55th minute to the visitors the lead. Spanish full back Jordi Alba provided the assist. The 5 times Ballon d’Or winner doubled the difference, 11 minutes later, thanks to Paco Alcacer’s assist.

Ernesto Valverde’s side made it 2 out of 2 with this crucial away victory. Brazilian midfield warrior, Paulinho, who has joined the Catalans from the Chinese league, wasn’t named in the starting line up but got his debut on the 88th minute when he was brought in for Andres Iniesta. Barca will host Espanyol at Camp Nou in their next Liga BBVA game. The local derby will take place in the upcoming September after the ending of the summer transfer window. Bartomeu and his side is still searching for the perfect replacement of Neymar, who has recently moved to PSG.