Leroy Sane out of the Germany World Cup squad. They guy unable to earn the believe of coach Joachim Low despite having a great season for Manchester City. The 22-year-old winger, dropped out from the 23-member squad announced for the World Cup in Russia.

Germany coach announced their final 23 member squad for the upcoming tournament. Many young and experienced has got chance in the team but it is very disappointed that Sane kicked out from the tournament. 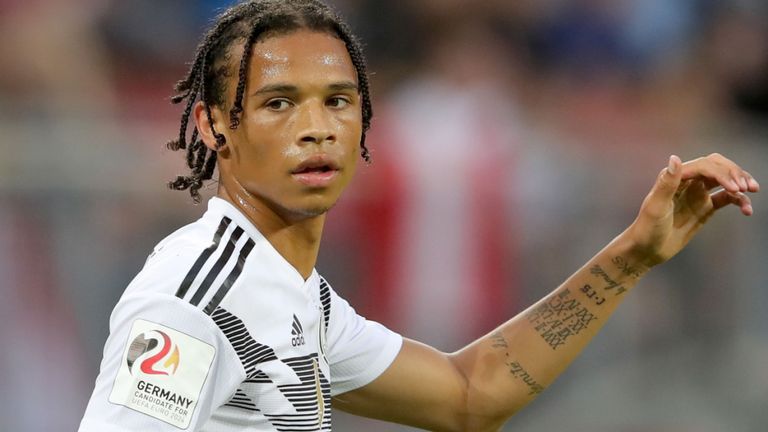 In Man city, where Papa Guardiola appeared him as a big weapon, there Low could not recognize him. In the last season, he played a major role winning the City Premier League title. The 22-year-old star also received the PFA Young Player of the Year award. Apart of this Leroy has many other experience to play football. He become a fantastic footballer and having the ability to do something in the forthcoming championship.

But before the World Cup, Sane unable to show something big in Germany’s final warm-up game. This might the the reason, the guy could not have thought of Low.  He could not do anything to play for 67 minutes in an away match against Austria. And the result the team lost against them by 2-1 score.

It’s really bad luck for the team they lost such a match. Before they lost against Brazil. It’s not good for the World champion ahead of the WC tournament as they are no. 1 position in FIFA ranking.

However, Goalkeeper Manuel Nayyar, who is out of the field for eight months after being injured, is confident that the German coach has kept his hopes alive. Leipzig’s young striker Timo Vernar has got a place in the squad.

In addition, in the team, the last World Cup winning member as well as Mesut Ozil, Tony Cruz, Sami Khedira and Thomas Muller has presented. They are world class footballer and have the ability to grab the title for the nation.

Germany are very confident and most of the world think they are strong favorite of the tournament. The head coach Low formatate the side with tight defense along with strong front line. Here the full 23 man squad of the team.