Barcelona Argentine star Messi shorted his holiday and decided to join the club prior of England tour that meant he will join the side ahead of Wembley match on 6th August against Liverpool.

The Barca striker unable to stay far from the club for a long time and according to report he seized his vacation short and going to join the side from 1st August. It was decided first Messi will join the side August 8 but he will be joined the team 7 days before of the schedule in pre-season training camp. 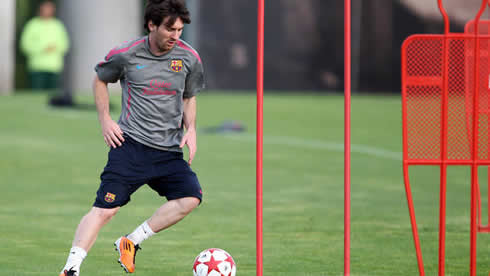 Messi was absent from Barca due to Copa America Centenario where he played for his national team Argentina. He had shown there a outstanding performance and pull the team in final. But unfortunately they lost the game by penalty shoot out against Portugal and decided to side out from national side for three biggest lost in a row.

The news of retired the alien striker from International side frustrated the fan all over the world. And after all drama he agreed to return in national side. And at present he return his parent club Barcelona after a break. It is a great news for the fans of Messi who able to watch him once again in action. It is also very hot news for UK fans to live watch Messi’s performance at home.

Messi being always a leading performer of Barca club and now the UK tour has been included him as their starting XI. The trip of August confirmed the following players in the list and they are Luis Suarez, Sergi Roberto, Adriano, Aleix Vidal, Jordi Masip, Munir El Haddadi, Jeremy Mathieu, Denis Suarez, Martin Montoya Sergi Samper, Cristian Tello along with Messi.

Barcelona recently beat Real Madrid to the race of grabbing Portuguese midfielder Andre Gomes. And he is still under construction to make the trip on August. Apart of him they also made some more new deal in Summer windows.

Barcelona one of the most exoteric football club in the world. And no other club consisted so much star players in their side. Messi, Suarez and Neymar are the main attraction of the club. However, they also consider some more other star players from different nation.

All Barca fans are eagerly awaiting for watching Messi’s performance for Barcelona after a break. And as people always said that Messi performed much better at Barca Club than his national side Argentina. And that’s why people love to watch him playing at Barcelona rather than Argentina.