Liverpool boss Jurgen Klopp has lost one of his favourite warrior who was a central midfielder Joe Allen. He is sold to Stoke City yesterday in exchange for £13 million. Due to the reason of losing him, the Reds are in great need for a playmaker. By falling in this situation, Klopp has set his target to Portuguese playmaker Joao Mario who is currently playing for Sporting Lisbon. The Reds boss has tabled £33.5 million bid for the Portugal international but Lions have rejected their offer. They will not sell him such a cheap price. So, they will hold £50 million buyout clause and if Liverpool wishes to secure this signing, they will have to meet their demand. 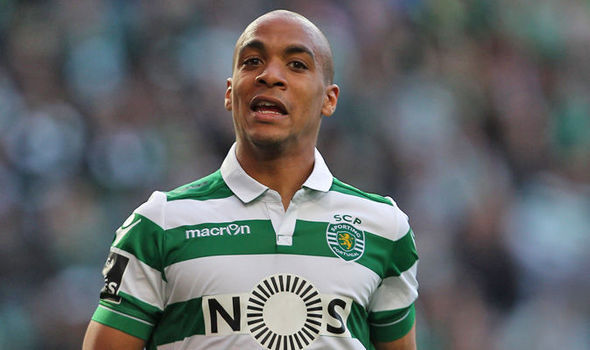 According to the Klopp, Joao would be their first target to sign and he would be the perfect replacement of Joe Allen who has left for Stoke City.

But before the Reds, Inter Milan also made a move and offered £29 million with additional £8.3 million bonus for this midfielder but they were also rejected, stated by Joao’s father. He also stated that his son is a professional and knows well what to do. Besides, he has an agreement with the SCP. His father also claimed that the offer did not come to him but to Joao’s agent Kia Joorabchian and to his club. He was just informed. He also concluded that his son is now one of the most valuable player in this club and so, the decision should take very carefully. This would be the question of his career.

Besides, another English side Manchester United also keen to this playmaker due to his impressive session in last Primeira Liga season with Lions. So, he is wanted by many clubs. If the Reds will land Joao in Anfield this season, it will be Klopp’s fifth signing in this season.

23 years old Joao played for two youth clubs Porto and Sporting CP. After that he joined the Sporting CP in 2011 which was his first senior career. He made 64 appearances with them and scored 11 goals so far. In 2012/13, he was collected by Sporting B and stayed one season. He played with them 44 appearances and scored 2 goals. He was also the loan player of Vitoria Setubal while playing in Sporting Lisbon in 2014.

He made his international debut with Portugal national team in 11th October, 2014 against France. He was also selected the UEFA Euro 2016 squad and became the part of European Championship glory. Till now, he has played for the national team 18 match but scored none.