23 years old Spanish international Luis Alberto has arrived at the Anfield in 20th June, 2013 from Sevilla for £6.8 million but failed to become a trustworthy player who has ever made only 9 appearances with them in his first season with the Reds under the boss Brendan Rodgers. But later fallen into injury and struggle enough to regain his fitness. But though, did not get chance to play with the first team but to loan to Malaga in next season where he made 15 appearances and netted twice times. 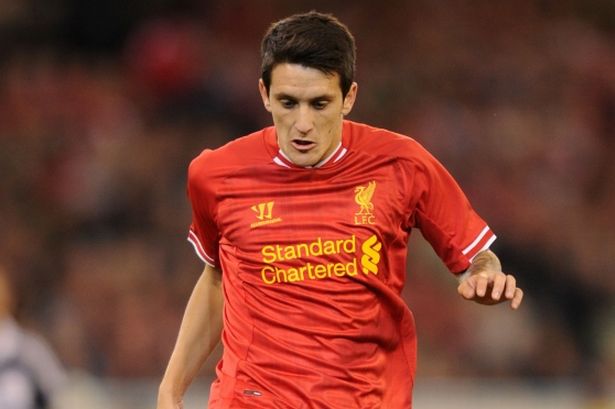 In Malaga, he also was ignored and returned to the Anfield after passing a worst season with them. But in following next season, he was loan again to another Spanish side Deportivo La Coruna in 5th July, 2015 where he also faced the almost same experience. So, spending consecutive two loan season, he returned to the Liverpool but seems that he feels unwanted there and told to leave the club this summer. At last, he has received an opportunity to leave the camp permanently where Italian side Lazio has come with a undeniable offer and finally agreed with Liverpool where they have proposed almost £6 million for the Spaniard’s service. New Liverpool coach Jurgen Klopp has wanted to offload him since the earlier this summer and does not think about reject their offer but to get a chance to sell him where he is not the Klopp’s plan and probably not match with his formation. So, he willing to sell him soon before the transfer window is shut in next day.

According to the reports, the both clubs have come to an agreement in last Monday afternoon where the Reds has claimed £4.3 million fee initially along with £1.7 million add – ons. And the Italian side has agreed to pay such amount for the Spanish international where they are in great hurry for an alternative winger due to lose a couple of striker this summer. German legend Miroslav Klose is one of them who left Stadio Olimpico this summer.

Though, Klopp has still place a midfielder and the Spaniard has made just two appearances under his guideline ever but still failed to prove his worthiness at the Anfield. So, there is no other option but to let him go to the new destination while Luis Alberto still has chance to stay with the Reds for good opportunity but there is no guarantee that how long will it take. So, he will fly to Italy soon enough to ensure his personal teams with the Eagles.