Earlier the summer transfer window, when the Reds were in the market to rich their defensive line up, then their latest chief Klopp desperately wanted French starlet Presnel Kimpembe who is currently playing for French side Paris Saint Germain, according to the news. Though the summer transfer window has closed recently but he is still in the radar of the Reds. Liverpool did not able to secure their defense division in this summer where they bought two centre back this transfer schedule named Joel Matip from Schalke and Ragnar Klavan from FC Augsburg. Though, they are great defender but the coach has thought about their alternatives. So, he keen to the French international.

21 years old French player yet not competed with the national team but dominated the youth football in last two years all over the Europe with the France under 20 and under 21 team squad. 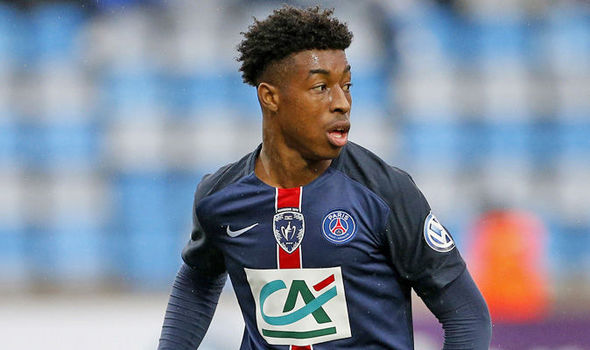 Kimpembe started his youth career with Paris SG youth academy in 2005 and got chance in PSG’s B team in 2013. He made 40 appearances with them where scored one goal. However, he made his professional debut in 17th October, 2014 against RC Lens in Ligue 1 competition where the match was won by them.

Though, Klopp wanted him so much but there was a couple of other contenders which also joined the race to collect him named Chelsea, Monaco and Saint Etienne. But could have left Parc des Princes but at last luck favoured him where PSG lost their one key defender David Luiz who left for Chelsea. So, he thought that he would get chance to play with the first team squad this season. But, PSG manager Unai Emery made a quick move and recruited German defender Thomas Meunier and so, he needed to wait until opportune moment.

Though, Kimpembe was ensured by Unai Emery for the role but now it seems that his future at the Parc des Princes is in doubtful. He has a contract with the Parisians which will last till 2018 and he might not agree to extend current agreement.

On the other side, Jurgen Klopp has revived his attention to the centre back despite being signed two defenders to strengthen his back line. So, he would probably finalise his move in the winter transfer which will open in upcoming January.

However, Kimpembe is regarded as one of the most most rising defender in France who seems as a huge threat to the opponent and able to pass most accurately. In last Ligue 1 season, he was extraordinary. He totally made eleven Ligue 1 appearances with the Parisians.