The Blues are reportedly keen to sign Colombian midfielder since long time this summer where they already tabled £60 million bid to Real Madrid. The blues boss Conte thought, it will be enough to bring this player at Stamford Bridge and also reportedly RM are seems happy to let go this playmaker this summer but before closing the transfer window, Liverpool have also interested to buy this player though the Spanish side does not think that the Reds can able to meet this Colombian’s buy out clause. 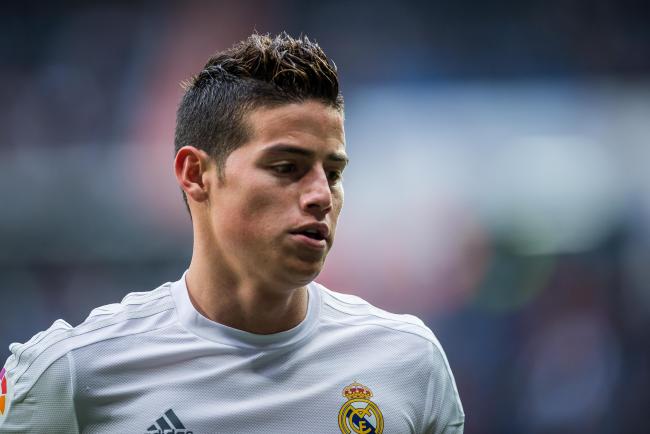 However, the Colombian star James joined Real madrid from Monaco just two seasons ago in order to get £63 million for six years but it seems he is no longer needed in this Spanish side any more and also not in plan of the current manager of the club Zinedine Zidane. Zidane also wants to let him leave and so, he can receive some cash and through that he can probably buy another potential player this summer or next. Though, according to the report, Real has claimed £51 million for this midfielder but they also have thought that the Reds will not afford such price.

Besides, Chelsea and Liverpool, the Gunners boss Wenger also linked to this player. So, it seems that this three English giants are in battle for one player in this summer.

However, all in all, Chelsea is too close to recruit this youngster than others due to make a strong squad in this Premier League. James who is currently 25 years, is fighting for his place in Real though, they have plenty of good players in the squad. No doubt, this Colombian has world class talent but where Toni Kroos and Luka Modric are present, there his regular place would be questioning. Though, RM bought him after he shown extraordinary performance in last World Cup 2014. He has also couple of years left of his contract and also not being forced to leave but he wants to play regular and by staying with them, he would probably not get regular chance.

Besides, Marco Asensio is the newest addition in the squad along with Isco where both two are in Zidane’s favour. So, manager would not probably let him perform before them.

Considering all the matter, Chelsea still wants to collect him whereas he has a good ability and just need to perfect use in club. Another fact is that he is just 25  and able to play next five years frequently. So, the Blues are planning to use him besides Eden Hazard and N’Golo Kante. And also Conte believes that he would earn his place at the Stamford Bridge.