Dutch playmaker Georginio Wijnaldum is the newest addition of team Liverpool in this season and also the 7th arrival in this summer. A couple of days ago, he finished the medical test and get confirmation to join with the Reds. This Dutch midfielder has made an agreement with the Reds which will last for five years in order to get £25 million in 22nd July, 2016 from Newcastle United.

Georginio Wijnaldum is going to wear the number #5 shirt which is given by the management. While staying in Newcastle, he worn the same number shirt. Basically, he started his career with this number and he has assured that there is no such logic to wear this number shirt but to proved his lucky number. Previous striker of the Reds Milan Baros used to wear this number. After that the number was not used. So, when Wijnaldum has come to Liverpool, he was eager to wear his lucky number and is given. 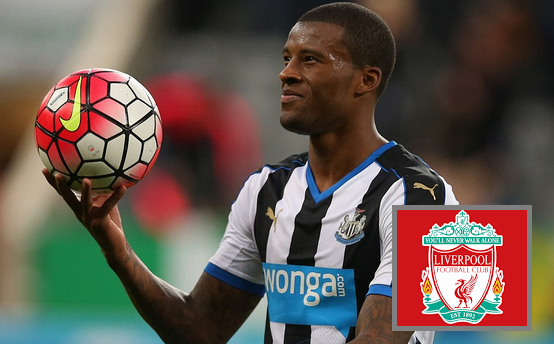 Georginio Wijnaldum has joined with the Anfield successfully at Stanford University where they have started their training session with the Reds boss Jurgen Klopp. This former BVB manager has special plan with his new apprentice Georginio Wijnaldum. This Dutch side would probably participate in their upcoming pre season matches.

Klopp was announced German football manager of the year in 2011 and 2012 due to help the BVB to win Bundesliga twice consecutively. 25 years old midfielder hopes that Klopp would be a very effective manager for him. He is very fond of the manager as his passion and waited to learn from him.

Klopp disclose that this Dutch international would be great signing player and he has already showed some extraordinary moment in his carrer. So, he is keen to field this Netherlands international.

Before joining in the Anfield, this Dutch international played with three more different senior clubs where started with Feyenoord in 2007. He played with them four consecutive season till 2011 and made 111 appearances. In 29th June, 2011, he successfully reached PSV Eindhoven with a €5 million fee respectively. He played with them 109 appearances and scored 41 goals in his long four years career with them. He was signed with Newcastle United in 11th July, 2015 for next five years in order to get £14.5 million transfer fee. Later in 9th August, 2015 he debuted with them against Southampton. He played with the Newcastle just one season in 2015/16 and scored 11 goals so far which made him this club’s top goal scorer in this season.

He played for the Netherlands national football team since 2011 and till now played 30 matches and scored 6 goals. He debuted with the national team in 2nd September, 2011 against San Marino. He was not in the UEFA Euro 2016 squad. He was also selected 2014/15 Dutch footballer of the year.