Nigerian starlet Taiwo Awoniyi Micheal, commonly known as Taiwo Awoniyi has arrived at the English side Anfield in 31st August, 2015 in exchange for £400,000 which was his first professional club but the pathetic news is that he did not have got any opportunity to with the English giant till now but to spent a loan season with German side FSV Frankfurt in last summer after arriving at the Anfield. He made 13 appearances with the German club and netted just once. After completing the loan season with the Frankfurt successfully, he has returned to the Reds and thought that he would be used in upcoming Premier League season but he has no part in the new boss of the Reds Jurgen Klopp and wanted to offload him. And finally loaned him to Dutch club NEC for this summer long. 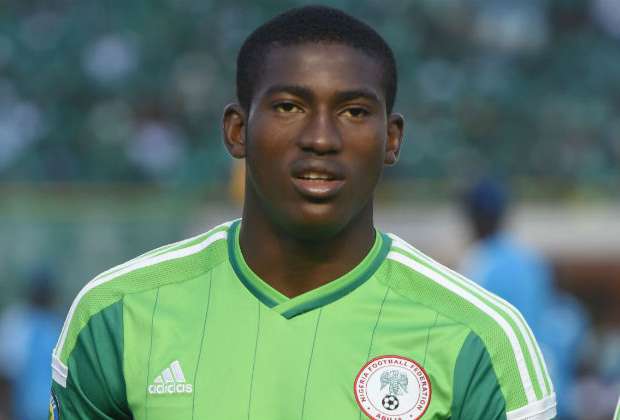 On the other side, the Dutch club were looking for a new striker where they lost one in this season. They actually sold Venezuela international Christian Santos to Spanish side due to some financial problem and fallen to a shortage of forward. So, when they looked to the Nigerian, they solved their problem temporarily.

However, this teenager has to prove himself in the Dutch side this summer if he wants to play with the first team of the Reds. Though, this Dutch club is currently placed in 10th position on Eredivisie, according to the last season. ANd this season, NEC has already started their journey where they played three league matches. Among them won once and drawn twice. So, through the Nigerian, they would probably secure their attacking alternatives. The Nigerian striker would probably play with the main eleven with the Eredivisie side regularly and perhaps would debut with the m after the international break.

The upcoming competition of the NEC will be staged against AZ Alkmaar where they would use this Nigerian international.

The teenager started his professional career with the Reds where he joined there from Imperial Soccer Academy when he was just 18.

However, he is a Nigerian, so, he has faced some difficulties to play with English club and till now, his paperwork has not ready. So, this is also a reason to send him to his second loan period and hopefully before the season will go down, he would be approved to play with the Reds from upcoming summer.

19 years old forward, did not get chance to play Nigerian national team yet but he is about to though, he has already played with under 17, under 20 and under 23 team squad in Nigeria.