Belgian striker Christian Benteke has finished his move to fellow Premier League club Crystal Palace from Liverpool for £27 million fee initially along with £5 million add – ons. His transfer was completed just a week ago and he is very happy with his new destination. Earlier this summer, Crystal palace attempted an offer to buy him when they tabled £23 million bid with a £7 million add – ons but the offer was rejected by the Reds because they wanted more. Finally at the end of the transfer window, the Eagles did not want him to put at risk and they offered an improved version and the bid was accepted. The Belgian international also wanted to leave the Anfield this summer because he did not get proper opportunity under the new boss of the Reds named Jurgen Klopp. 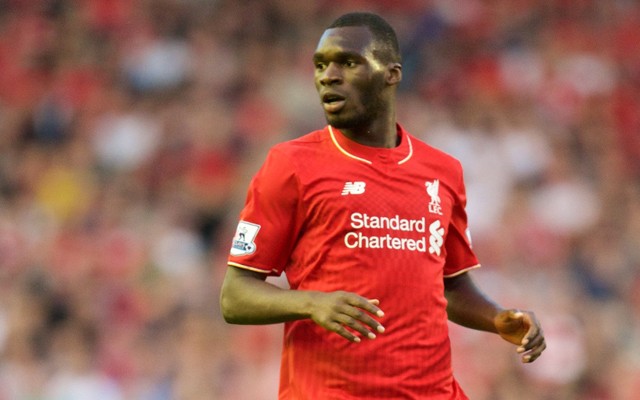 25 years old Christian Benteke arrived at the Anfield in 22nd July, 2015 and since then able to play 29 appearances and among them played only 8 matches under the coach Klopp. He scored total 9 goals with the Reds. One of the Big Four club in Premier League Liverpool spent £32.5 million for this Belgian international which was the making him the second most expensive player in that season with a long term validity. But he was unable to get focused by the recent manager of Liverpool Jurgen Klopp.

He passed a worst time with the Reds and they always wanted to sell him but not less than his release clause. So, they rejected the offer from the Eagles first time.

About his new destination, the Belgian striker stated that he is looking forward to a good start with the Eagles and waiting eagerly to meet his new clubmate along with new manager. The manager of the Eagles Alan Pardew was also keen to him since before and finally got him. According to his plan, the Belgian would be a great asset to them.

Christian Benteke started his professional career with Genk in 2007 and till now played with the eight different clubs including Crystal Palace. Among them, spent two also loan periods with Kortrijk and Mechelen while playing with Standard Liege.

He was passing the most successful time with Aston Villa and played with them three seasons from 2012 to 2015. He also made highest 89 appearances with them and scored 42 times. Considering that statistics, Liverpool recruited him but unfortunately he was matt there.

And now, after playing with different clubs, he has finally arrived his one of the favourite destination Crystal Palace and here we would show his true color where the coach has already given him opportunity to play two matches against Bournemouth and Blackpool. So, now, he needs to show what he has got. And then perhaps, would make a better future with them.