Liverpool have currently shifted their interest from defensive target to attacking line up. According to the reports, they are searching for an attacking option who would be the perfect alternative of Sadio Mane, Roberto Firmino and so on. As per to do so, they are planning to add new faces in upcoming winter transfer window and they fixes their eyes to Spanish striker Inaki Williams. Inaki is a Spanish national team football player who is currently under contracted by Athletic Bilbao. But, Liverpool is not the first party to buy him where Everton was here first. So, the battle between English duo has just started to pick him up. 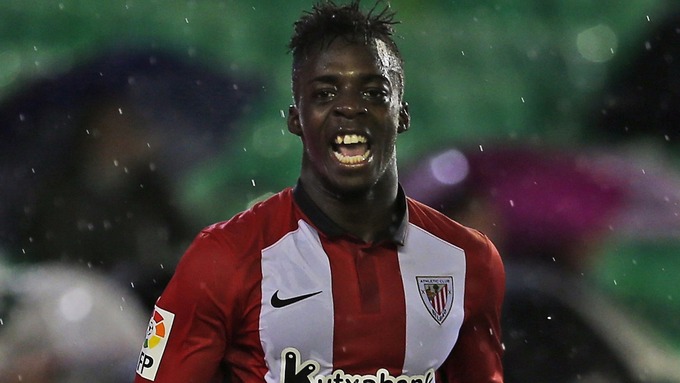 However, Jurgen Klopp has not wanted to give up yet so soon but to keep him under observation and looks for future reinforcement. According to the reports, Inaki would be his prime target for now as he is so young but talented and tactful player. Klopp needs to reshape his current squad and so, he eager to sign some young player where Inaki would be an accurate option to add and would show better performance in near future. Besides, as a German player, Klopp also knows that Spanish players are comparatively tactful and used to play football very technically than others and which would be in need by Klopp now.

Inaki Williams who has joined Athletic Bilbao in 2013 from Basconia and till now made 48 La Liga appearances with the Lions and also scored 9 goals. He has just renewed his contract in last January where the deal will last till for five and half year. The Lions has also extended his buyout clause which approximately £38 million or €50 million.

Inaki has started new La Liga season with the Athletic Club and already made four appearances but failed to net any of them. However, the Lions have finished their last La Liga season by standing in 5th position but they started the new season with no victory but to lost consecutive two games against Sporting Gijon and Barcelona. They will play their next game only couple of days later and in this circumstances, Inaki Williams would be their one of the key player.

Besides, they extended his contract to keep him at the shore not to sell him and put a huge amount buyout clause. So, it would be tough for both Liverpool and Everton to buy him because they would first to meet their buyout amount.