Liverpool’s German goal keeper Loris Karius produced one of the worst goal kicks ever seen in a football match on their side’s 2-0 victory against Sunderland. On the Saturday afternoon, Jurgen Klopp’s side got a 2-o victory over David Moyes’ Sunderland at the Anfield. But the German stopper of Liverpool somehow managed to put the ball out for corner from his own goal kick.

The 23 years old goalie attempted to give a pass towards his team mate, Liverpool right back Nathaniel Clyne but he miscued the pass & the ball went out for a corner. That was a hilarious incident & came into the headline although the German still managed to keep a clean sheet as he didn’t concede a single goal.

Substitute Divock Origi gave the All Reds the breakthrough on the 75th minute of the game & then a successful spot kick which was taken by the English midfielder James Milner, sealed the victory for the Marseyside Reds. Jurgen Klopp’s side are unbeaten in their last 14 games. 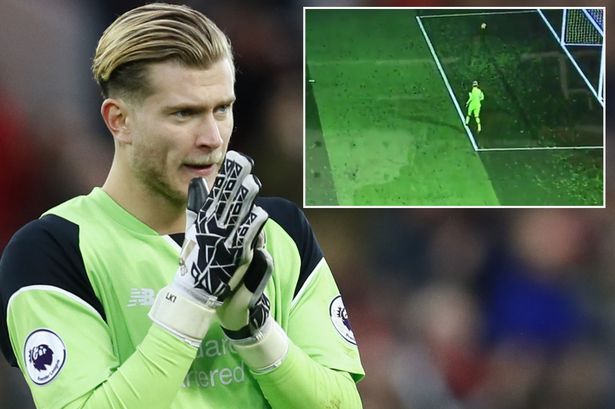 Karius has started in the last 8 premier League games for the All Reds & kept the Belgian stopper Simon Mignolet on the bench. The 23 years old has signed for Liverpool this season for £4.7 million from Mainz 05. Although his Liverpool career started with the injury woe but now the German is quite well settled in Klopp’s first XI. It was the German keeper’s second clean sheet in a row.

Liverpool has come back to the winning ways after a goalless draw against the Saints at the St Mary’s Stadium. Liverpool climbed top of the premier league table briefly after the win against the Black Cats. But Antonio Conte’s in form Chelsea took their place back just a couple of hours later, with the goals of Pedro & Moses on a 2-1 victory over Tottenham. Liverpool is currently ranked 2, in the premier league table. The Reds have secured 30 points from the first 13 league matches, as same as Manchester City but Klopp’s side are ranked higher because of their better goal difference. Loris Karius’ team has won 4 out of their last 5 premier league games, which is quite impressive.

Liverpool coach Jurgen Klopp described Davis Moyes’ side as the most defensive team he has ever seen. Moyes parked bus at the Anfield as he had said that already before the game & were successful till the 74th minute but the Reds just came over it & secured all three points. But the Liverpool fans will be sweating because of their talisman Coutinho’s injury as the Brazilian was taken out of the pitch, on the 34th minute because of an injury during the game.