Croatian attacking midfielder Ante Coric was about to join Manchester City this summer before transfer window close in next Wednesday. The City also placed almost £15 million bid for this Dinamo Zagreb teenager but at the end of the agreement the player was concerned about their plan with him. The Citizens were planning to buy him and then loan him to another club but the player did not want that. So, he refused that offer finally. So, failed to get him at the Etihad Stadium, the Citizens boss Pep Guardiola shifted his attention. So, here was a chance came to Liverpool to tie him where they are in the market for another attacking midfielder. So, the Reds chief Klopp has taken certain move to bring him at the Anfield and stated that the deal is almost come to an end. And the player will have his medical within next 48 hours so far. Though, he hopes to buy him almost near about £12 million. Besides, Tottenham Hotspur and Everton also keen to this teenager. 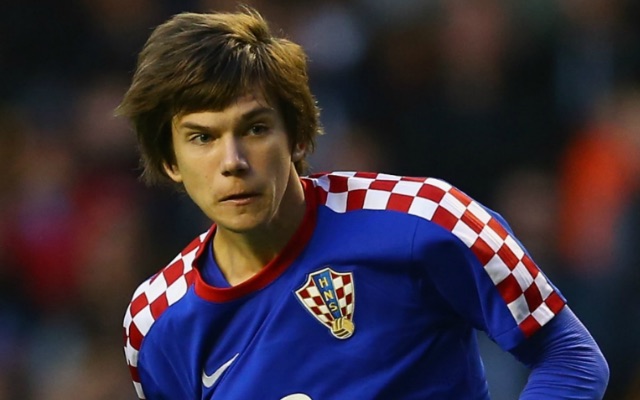 However, this Croat player has moved to Dinamo Zagreb in 16th April, 2014 where he almost played 63 appearances and scored 8 times so far. He is now considered one of most young rising star of Croatia national team now where he has collected in national football in 2016 and debut against Moldova in the same year.

On the other side, Dinamo Zagreb were in need money and so, they were interested to deal with the City. But when the player discovered the secrets and his fears would come true where he thought to become a regular part of the Citizens in this summer. But failed to do so, now, he wants to join at the Anfield where he would get proper chance to play with the first team. However, Jurgen Klopp was keen to this player too long but took desperate move by drawing a Premier League match with the Hotspur earlier this summer. Since then, he is on the radar of Spurs too.

However, both clubs are willing to place £12 million for this wonderkid but the Croatian side would not allow to let him leave unless they meet £15 million which was the City’s offer.

This teenager started his junior career when he was too young. He changed four clubs in youth level and finally moved to the Zagreb in 2014. He has played for Croatia national team twice times and scored none. Now, if he will successfully move to the Anfield, would be the fifth club signing this summer.