Considering as one of the Big Four clubs in English Premier League, Liverpool is on the market now and find some skillful players for their upcoming challenging season. German Jurgen Klopp has taken the charges as a coach of the Reds in 2015 and successfully passed one EPL season. By his guideline, Liverpool has finished the EPL 2015/16 season with 8th in ranking. For upcoming season, he has already picked six players where four of them holds large amount of transfer fee and rest twp for free transfer. Now, he is keep looking for a young strong defender and he has focused on one. 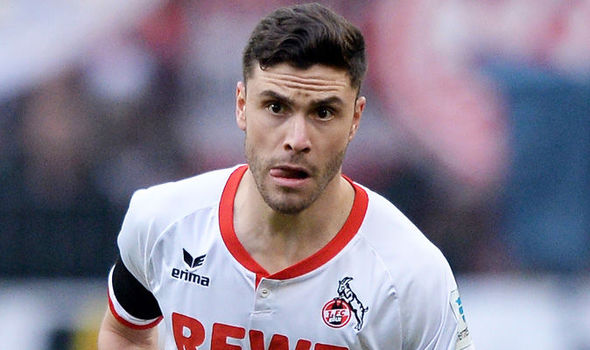 He is keep trying to recruit a German defender named Jonas Hector who is almost 1.85 meter tall and perfect for their defense division. Klopp has two new centre back included in his squad already who are Joel Matip from Cameroon and Ragnar Klavan from Estonia and also he wants to add another one.

Though, the Reds have felt interest about this cologne German defender, so the Billy Goats have revealed his release clause recently. According to them, if the Reds are willing to buy him, then they will have to play £22.5 million. Hearing their price, the English side are happy to meet their demand easily and they will submit their bid within next 24 hours, according to the report.

Klopp stated that he is the fan of his fellow countryman and so he will take every steps to bring him at the Anfield whereas he is in short of defender while his regular one Brad Smith has left to Bournemouth earlier in this summer.

Before keen to this German international, the Reds were looking to recruit Ben Chilwell who has extend his contract with the Foxes. Now, Klopp has shifted their target to the German.

26 years old left back Jonas Hector began his club journey with SV Auersmacher in 2009 and stayed one season there. With them he made 34 appearances and scored 9 goals so far. He joined at the first team of Koln in 2013 and till now played with them 122 appearances and netted four times. In last Bundesliga season, he made 32 appearances with them.

He was also the German team in last Euro 2016 and claimed the bronze medal which encourage the Reds to pick him. Though, Koln has tabled a price for their defensive warrior but in that case Liverpool does not face any problem to meet that.

So, hopefully the official announcement will be revealed soon by both negotiating clubs.