Liverpool have reportedly keen to sign Swedish wonder kid Alexander Isak who is currently playing with the Swedish professional football club AIK. He is just 17 and almost become famous throughout the world. He is currently compared to the Swedish legend Zlatan Ibrahimovic and oftenly called as next Zlatan Ibrahimovic. So, there is competition has already started to buy him and the Reds have just join the race where Bayern Munich, Leicester City, Barcelona and Real Madrid are already here to buy him. The teenager has become the top target of them all. Though, he is just 17 but it seems that he is very tactful forward. This season of Swedish competition, he has scored nine times in all competition for his club.

AIK Nigerian forward Chinedu Obasi has recently told the Swedish outlet about the Isak that he is a great and most potential player and the Nigerian believes that he will go so far. He also added that if Isak just concentrates and as able to show continuous perform as he is, then he would probably become the next Zlatan Ibrahimovic. 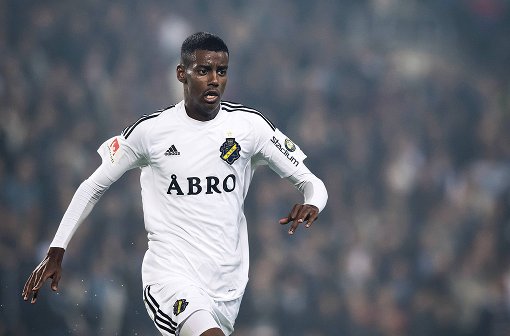 However, there is almost one month has passed since the summer transfer window deadline but there are still plenty of rumours have heard about movement. Liverpool also still in the market to secure their position for upcoming winter transfer season which will start in next January, 2017. They are in need for a long term replacement of their defensive position and also a strong forward to add his attacking pattern. Now, they have given their top priority to the Swedish teenager Isak but it would not be so easy to pick him because there are a number of clubs are already in the line to collect his signature.

Alexander Isak who spent his youth career with AIK but signed with the AIK first team in 3rd May, 2016 for next two years. He does not get chance to play with the Sweden national team yet but played with Sweden under 17 and under 19 team squad and in both case, he showed amazing skill. So, hopefully he will be called for the national team within very short time.

Though, Liverpool have plenty of attacking options with Roberto Firmino, Danny Ings and also they bought Sadio Mane from Southampton last summer but also their manager Klopp has not yet satisfied because he has got not enough and dependable alternatives. So, may be couple of more hands he would probably use.