Liverpool legend Michael Owen didn’t forget to congratulate the record creator Ben Woodburn after the teenager had snatched a Liverpool goal scoring record from him. After coming up as a substitute, the 17 years old scored a goal for the All Reds to become the youngest footballer to score a senior team goal for Liverpool.

Woodburn scored a late goal for the Reds to seal the victory for them. The teenager scored aging only 17 years & 45 days and became the youngest Liverpool player in the history to score a senior team goal. Former England skipper Michael Owen lost his record to the new sensation as Owen ended up being 98 days senior when he scored his first Liverpool goal to set the previous record against Wimbledon in 1997 which was broken on Tuesday night. Wayne scored his first one for the reds when he was only 17 years & 143 days. His record lasted for 19 years & finally got broken. But the jubilant former didn’t show miserliness as he congratulated his successor straightway.

Ben Woodburn came on as a substitute by replacing Kevin Stewart on the 67th minute of the game. He scored the 2nd goal of the game for his team on the 81st minute which was assisted by Georginio Wijnaldum. Before this, Belgian forward opened the scoring on the 76th minute. Liverpool manager Jurgen Klopp made lots of changes in the playing XI against Leeds but his reserves showed a brilliant display to seal the victory with ease against Gary Monk’s side & also secured a place in the EFL Cup Semifinal. 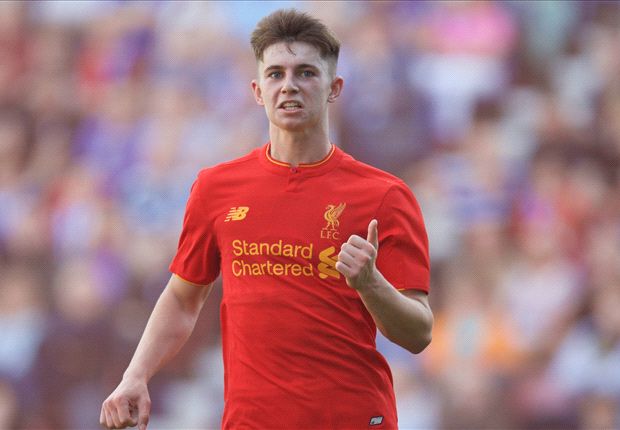 It was only the 2nd match of the youngstar’s senior career in Liverpool. He made his debut against Sunderland on the last weekend as he replaced Georginio Wijnaldum during the added minutes of the game where Liverpool secured a 2-0 victory against the Black Cats. Ben still managed to come under the limelight, just after playing in his 2nd match for the main team of his club.

Liverpool’s German Boss Klopp has kept the teenager’s feets on the ground after joking that, the goal was not so tough to score as even he himself could have scored it. While facing the Media in the post-match conference, the German expressed his happiness for the lad & said that the young guy is always allowed to score. But he admitted that he is worried about the media as the cautious German thinks that media goes crazy when something happens & thus he checked Woodburn by saying that he still has a lot do.