Liverpool who were struggling with their run of form, has got a mammoth victory in their latest UEFA Champions League outing over Maribor. The Reds were quite shaky since the starting of the new season and had not registered any single victory in the ongoing UCL campaign in their first two games. They drew both their previous clashes as Spanish giant Sevilla held them in the Anfield which was followed by their 1 each draw against CSKA Moscow at the capital of the Russia. 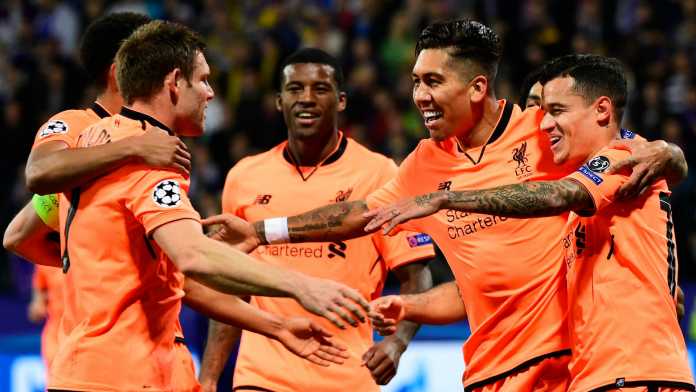 Just two points from the two games in the biggest competition of Europe wasn’t to be enough for the All Reds. They didn’t just failed in the UCL, they were also out of form and were struggling to find the consistency in the domestic competition. They have just gathered only 13 points from their first 8 league games and are in the 8th position. Turf Moore based club Burnley are in upper position than the Reds. So their German manager Jurgen Klopp certainly was under pressure.

With the bad current form the most times UCL winners from the England visited the Ljudski Vrt on the Tuesday night. They were looking for their very first win in the Champions League this season. Klopp brought in a few changes and named a solid line up against the Slovenian club. Germany international Loris Karius was handed the gloves’ duty. The back 4 were Alexander Arnold, Joel Matip, Dejan Lovren and Alberto Moreno. The midfield was consisted of James Milner, Emre Can along with Wijnaldum. The front line was made of Mohamed Salah along with Brazilian duo Philippe Coutinho and Roberto Firmino.

Coutinho gave the visitors a dream start as he found the back of the net on the 4th minute. He doubled the lead just 9 minutes later as he scored a brace. Egyptian hero Salah joined the party 6 minutes later and made it 4 goals to nil on the 39th minute. The touring side went to the break with an advantage of 4 goals. Coutinho’s compatriot Firmino too didn’t hold back as he struck on the 59th minute. Two late blows from Alex Oxlade Chamberlain and Alexander Arnold made the score sheet 7-0 and the 5 times UCL champions make their new away goal record for the club in the European arena. They have also moved to the top of the Group E table with this gigantic victory. They are currently leading the chart with 5 points beside their names from the 3 games.