As stated by the recent news from Italian news portal, Jurgen Klopp who is the current Liverpool boss has fixed his target to the San Siro defender Andrea Ranocchia and he is planning to place a bid for this player in next transfer window which will be reopened in next January. According to the reports, he wants Italian centre back for minimum six months loan where he would also put a condition to make the move permanent which would be based on his performance probably.

Italian international Andrea Ranocchia arrived at the San Siro in 27th December, 2010 from Genoa in exchange for total €19 million. He made his debut with the Inter in next year 9th January, 2011 against Catania. He played 18 league appearances with them that season. With them, he almost played five and a half consecutive seasons which consists of 129 appearances. In the meantime, he netted seven times so far for the San Siro. 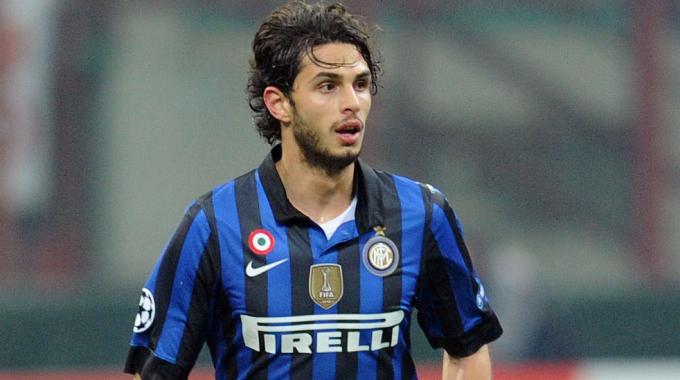 At the middle of the last season, he felt out from the favour of their recent manager Frank de Boer and given him on half season loan to Sampdoria in 28th january, 2016. After the finishing of the loan period with them, he came back to the camp again but unfortunately not used in pre season matches. He just able to make two appearances in this ongoing Serie A 2016/17 season. So, it seems that the Nerazzurri boss has no long term plan with the 28 years old this season. Which means, he could let this player go to the Anfield on loan.

On the other side, Klopp is very fond of this centre back since very long and wants him to strengthen his defensive line up. The Reds have faced some problem about their back line and continuously failed to fixed it. They have little shortage of experienced defenders in their current squad which causes goals regularly and so, Klopp has to ensure to protect leakage. So, that the Italian international is desperately needed by the Reds.

However, Liverpool has started the new Premier League season by playing against Arsenal where they won by 4 – 3 goals. Till now, they have already played six matches in this season where won four of them, lost one and drawn one against Tottenham Hotspur. But analyzing above matches, one thing has cleared that their defense line is weaker and so, they are suffering. They want alternative now but there is no chance now but to wait until winter transfer window.