The Reds are willing to land a young English left back Ben Chilwell who is currently playing for Huddersfield Town on a loan from EPL title holder Leicester City. In this circumstances, Liverpool boss Jurgen Klopp has already staged £8 million bid and try to convince this defender to join them before he would make another five years agreement with the title holder.

With the Foxes, this English defender started his club career in 2015 when he arrived there. It was his first professional club and given 30 number shirt. But, unfortunately, he did not get any chance to play with them but only one where he was given loan to Huddersfield Town. He could only make 8 appearances with them and maximum time sat on the sideline. But from upcoming season, he is willing to play regular and which team will assure him such kinds of thing, he would probably moved to them. So, he also wants to join with the Reds where he has received the promising things. Ben Chilwell has made just one appearance with Leicester City in last week which was the match of International Champions Cup 2016. 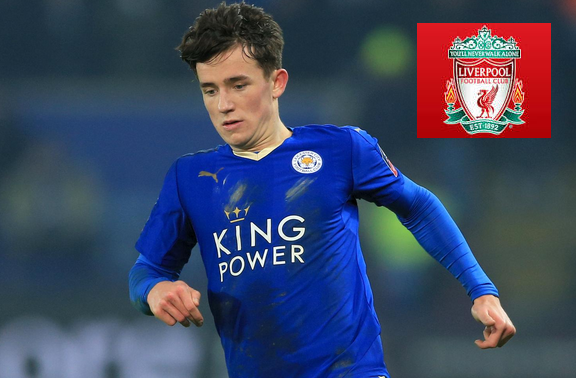 Jurgen Klopp has signed four players in this summer already where Sadio Mane is the highest buyout clause with £34,000,000 from Southampton. He is now keen to his fifth signing. Though, he has selected an alternative of this English left back. If the Reds will fail to bring him in, then they will move for Dutch left back Jetro Willems who is with the PSV Eindhoven currently. This Dutch defender is playing in the same position of Ben Chilwell. But for him, Klopp has to spend some more and they are preparing a bid approximately £13 million.

However, Klopp’s first target is the 19 years old left back where Anfield has offered him five years deal and also the defender has suffered from disappointment about his last season and he should have taken the Klopp’s offer. Ben always wanted to perform with the Foxes but returning into the King Power Stadium after the loan season Huddersfield, he was hoping to become a part of their best eleven but the matter is still uncertain.

One the other side, he would stay with Leicester City and can be moved to the Reds, it’s completely up to him but before making any decision, he will ready to spend one week training session under the LFC boss Klopp. After that he would perhaps make his mind clear.