Joao Teixeira has signed a four years deal with his home land Club FC Porto. After 1st July the midfielder will be free from all contract with Liverpool and will join in Portuguese side which keep him under the contract till 2020.

According to the report The Reds are receiving only £240,000 compensation for the move which is reportedly refers as the lower value. Actually it is not the original value of the attacking midfielder. If he would have gone to some another English club the compensation would refer the higher values for the Portuguese footballer. It is the rules of tribunal if any overseas move in home side the club have to pay only the basic compensation. 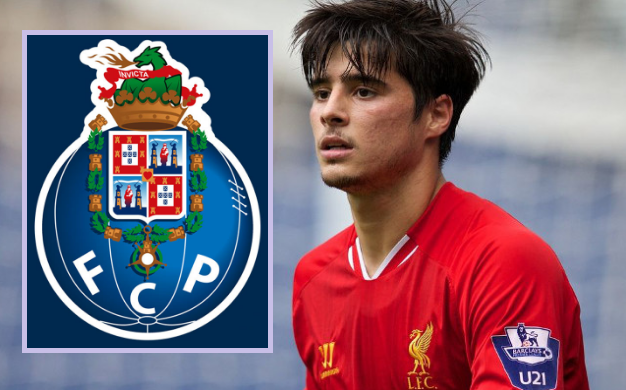 Report says that the 23 years Portuguese has been offered by Klopp to stay on Liverpool side by signing an additional contract but Teixeira widely rejected the offer and wished to play in home side.

Teixeira  became very happy for the move and told in club official site that he being desperate to join in Porto side, It was the dream for him to play for the great club. He also mentioned that he had aspired to wear the t-shirt. He also admired of his dream in widely, In His word as he had been seen the to win the club over the years, he wished, he were included in the side.

At a moment he disclosed that the winger became the fan of FC Porto since boyhood and finally play for the dreamy team such a big matter for him. He also added that he had not miss the great opportunity by any means.

Finally his dream came true and he promised to give his best for the teams. He also hoped everything would go well with his expectation.

The Reds have not say any objection for the move and gave a best of luck statement to the midfielder. They termed that Liverpool would like to wish Joao all the best for his future career with his new club porto.

Teixeira moved from Sporting Lisbon to Liverpool side in 2012 where he was unable to make an influence in the first-team. Last season he made only seven appearances for Liverpool. Actually the young winger expected more first-club football and he believes FC Porto is the perfect place for him where he could set easily. It is the probable cause why Joao wanted to move on FC Porto.