After the international break of a couple of weeks, the English Premier League is set to be back on the Saturday with a lunch time day opener between two English giants Liverpool and Manchester City. The All Reds will visit the Etihad Stadium to play their second big game of the season. In their very first one, they destroyed Arsenal and now they are heading to the Manchester with a view to repeating something like that. It is going to be one hell of a contest and Liverpool’s head coach Jurgen Klopp faced the media before the battle on the Friday.

The German man ensured that Philippe Coutinho won’t feature against Man City on this weekend. The Brazilian sensation will be fully out of the squad for the clash. Klopp labelled the Brazil international as a very important one for the club and thinks that it is crucial for them to keep his star player ready and fit for the rset of the season both physically and mentally and that’s why he is not going to feature. The attacking midfielder was asked and told his manager he wouldn’t be pleased by playing just 15 minutes and the coach paid respect to his decision. 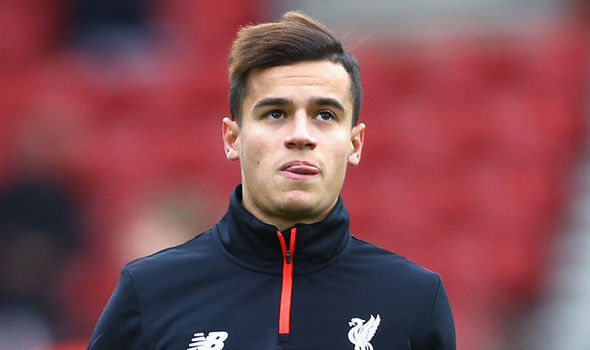 The former Borussia Dortmund coach talked with the media in his usual way. He was asked about the potential transfer of the number 10 and was expected to answer the questions, by the media. Klopp replied that he would just talk about the game and certainly not about the transfer. He added that whoever among the reporters, want to talk about the game can stay and the others, who were looking for the transfer related answers, just can leave the press conference room, the man with the glass disappointed a few journalists with a smiling but straight cut answer.

The 50 years old also talked about his new signing Alex Oxlade Chamberlain, who has recently joined from league rival Arsenal. Chamberlain was labelled as a versatile footballer. According to Klopp, Alex fits really well in the team and can play in different positions. He personally wants him on the pitch as often as possible. The 24 years old winger was described as a very good football player and is expected to help his new club a lot. The head coach of the All Reds also talk about Ben Woodburn and gave a nickname to the young Welshman. He is called as “Prince of Wales” by his manager.