Liverpool is one of the biggest clubs in the English Premier League history but are still looking for their first ever EPL title and like every other seasons, in this season they are very much keen to grab their most wanted EPL trophy. They have started the process under their German coach Jurgen Klopp and thus they have brought in some exciting names to reinforce their current squad. They have signed Dominic Solanke from Chelsea and Andrew Robertson from Hull City but the biggest name they have attracted so far is the Egyptian sensation Mohamed Salah. 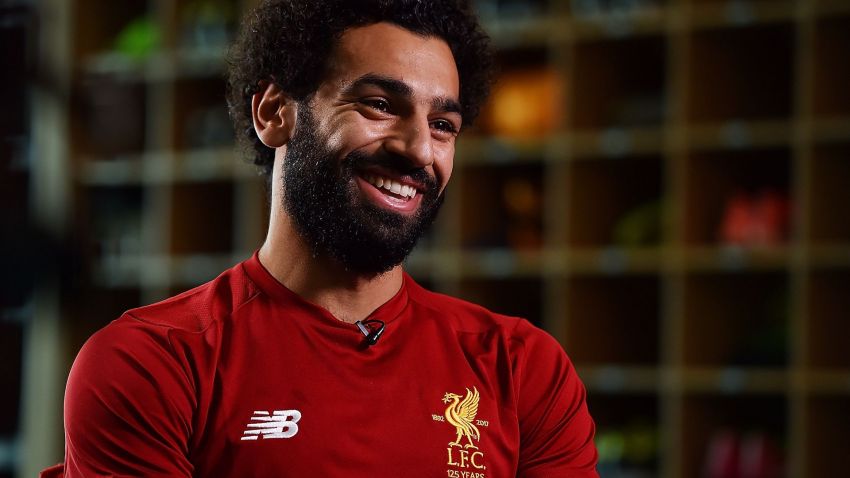 The 25 years old attacker signed the contract on a 5 year long permanent deal and Roma let the player go for £34.3 million although they rejected the first offer of £28 million attempted by the All Reds. The club record transfer fee of £35 million which was paid to Newcastle United to bring in Andy Carroll wouldn’t be broken on this occasion and will remain at the top. Salah will be the second most expensive player in the history of the Scousers. Salah have been offered £90,000 per week and which is almost double of his previous salary at Roma which was of £50,000 weekly.

The Basyoun born forward faced the media after having the transfer done and expressed his happiness and also showed very much excitement to join the Reds. He added that he will give his 100% and will try his very much best. He also said that he really cherishes to win something with this club. The former Basel man thinks that they have got a great team, good players and a magician coach and believes that they really can win titles in the upcoming seasons. He again said that everyone knows that Klopp gives everything for the club and hopes that together they will win many things for the fans and for themselves.

The 5 feet 9 inch footballer scored on 29 occasions in his 65 appearances in Italy and was much appreciated by his new manager. The former Borussia Dortmund trainer applauded his new signing and appreciated the 25 years old’s experience and potential. The 50 years old added that his new man knows the EPL and also played in bigger stages like UEFA Champions League and also is the most valuable player for his Egypt national football team. According to the German, the performance of the Egypt international in Italy was impressive and believes that he will enhance the strength of the squad and his pace will come handy.