English giants prevail as the FA Cup 3rd round replays took place on the Wednesday night. Two premier league favourites Southampton and Liverpool both were in the action on the Wednesday. Both the teams got the victory. Another former EPL side New Castle United also got the ticket of the next round after a brilliant performance.

Southampton hosted championship side Norwich City at the St. Mary’s Stadium after the their first meeting ended up as a 2-2 draw at the Carrow Road. The first half ended goal less and the replay was also heading towards a draw but a late winner of Shane Long rescued the Saints. The Ireland international scored his 2nd goal of the season in a crucial moment for his team secure a place in the 4th round of the cup. Claude Puel now should be a relieved man after snatching the victory. The Saints will host Arsenal in the next round at the St. Mary’s. 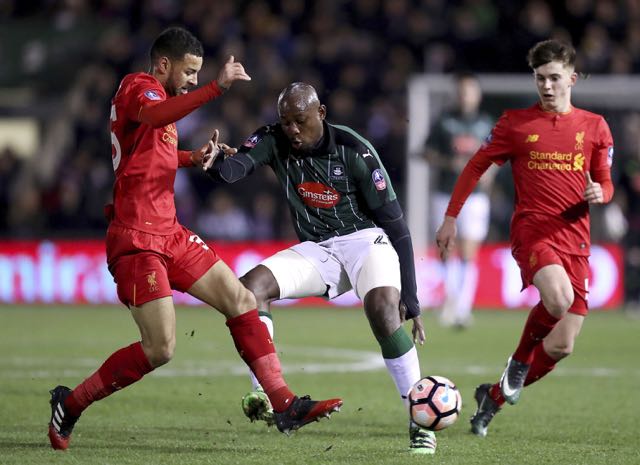 Liverpool visited to Home Park of Plymouth in the 3rd round’s replay clash. The first meeting at the Anfield was a goal less draw. This time the All Reds didn’t take much time to get their desired goal of the game as Brazilian midfielder Lucas Leiva scored the winner on the 18th minute. It is the first goal of season for the 29 years old defensive midfielder. Jurgen Klopp’s side will now take on Wolverhampton Wanderers in their next cup fixture at home.

Former EPL club Newcastle United got a comprehensive victory against Birmingham at the St. James Park. A 3-1 victory has sent them to the next round. Matt Ritchie gave the magpies the early lead on the 9th minute of the game from a successful spot kick. Yoan Gouffran doubled the lead on the 35th minutes. It was the 7th goal of the season for the French man. The first half ended with the 2-0 advantage for the hosts. David Cotterill put one back for the visitors on the 71st minute. But 27 years old Ritchie scored his second of the night during the closing moments to secure a place in the 4th round. It was the 8th strike of the campaign for the young English man. They will play Oxford United away on the January 28.

The other winners of the 3rd round replays were Bristol City, Burnley, Blackpool, Sutton Utd, Crystal Palace and Lincoln who had booked their places on the Tuesday night.