Welsh midfielder Joe Allen or officially Joseph Michael Allen was playing for Liverpool last season. But he has made a new agreement with another English club Stoke City for five years with a fee £13 million reportedly and successfully joined the Bet365 Stadium in 25th July, 2016. Allen was also the irregular player in Anfield but wanted to continue under Jurgen Klopp. In last Premier League season, he made 19 appearances with the Reds and scored 2 league goals. Due to being irregular in the Reds, he has taken to an obvious decision to leave Anfield. In the meantime, he received an offer from the Potters with five years long deal and he took it.

Though, this 26 years old defender struggled to perform with the Reds but being rejected, he was the star in last UEFA Euro 2016 with his national team where his team reached the semifinals and lost there against Portugal unfortunately. 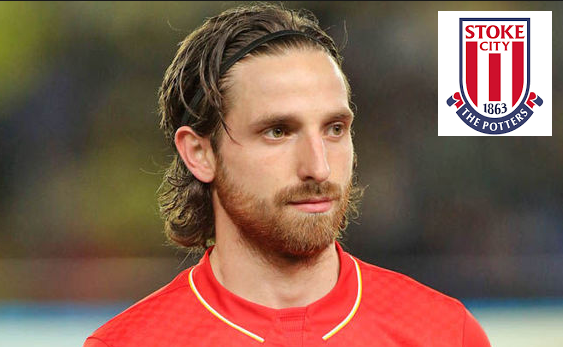 Now, he has got a good opportunity with his new club Stoke City he is very glad to be here. He added his feelings that he was too excited when he heard the Potters interest about him and the decision was easy to take. According to the report, Allen did not feel any hesitation to sign the papers. From now on, he is desperate to take every opportunity to step forward. Stoke City also glad to have him quick and they want to use this weapon regularly.

Though, he was one year contract left with the Reds where he arrived there from Swansea City in 10th August, 2012 in order to get £15 million and the contract will last for five years. Nevertheless, the Anfield has sold him to the Potters with still twelve months in hand for almost the same amount which they spent for him to bring. So, they recouped it.

In this summer, team Liverpool has lost total seven players including this Welsh midfielder Joe Allen and signing in total for players. And for the Potters, Joe is their 2nd signing in this season where Egyptian Ramadan Sobhi was their first signing.

Allen played for Swansea City which was his first senior club. He played 127 appearances and scored 7 goals. While playing with them, Swansea gave him loan to Wrexham where he just made 2 appearances and also scored one goal. In 2012, he was sold to Liverpool and stayed with them for four consecutive years. He played with them 91 matches in long four years career and made 4 league goals. He also played for Welsh national team and Great Britain nationa team both.