Liverpool are keen to borrow Real Madrid wonderkid Martin Odegaard on Summer loan. According to Portuguese report Odegaard is longed to adieu the Los Blancos club on a loan in the summer transfer window and could join in the LFC.

He is playing for the Real Madrid’s B team, Castilla where he has shown a brilliant performances on pre-season tour and the loan move became the first steps of his progress in the field of transfer club.

The 15 years old played well this season but it is a matter of sorrow that he has failed to leave the side as his teammate Mariano and  Mayoral leave the side and join the adult side. but that was not his fault, actually it is so tough for a youngster like him to set up easily. To be a wonder kid it’s needed to very conscious and hard worker. 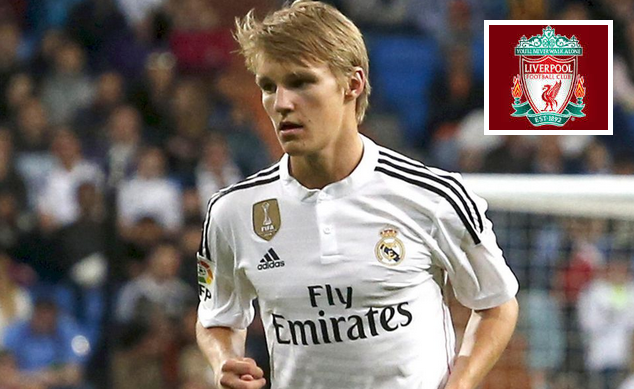 This time he is very keen to join Liverpool but the Zidane’s team has not permitted him to sell him in any other club they just granted him on loan and they would have the rights to back the winger in side again.

Liverpool Manager Jurgen Klopp also very eager to work with such a versatile player like Odegaard but including in the Norway international on moving loan makes little fact. The playmaker still needs a lot of season to be a professional, and he wanted to be  an impact player. That why he is so desperate to leave the Vikings side and join to the Premier League side.

Klopp mentioned that at present their main focus is winning in anyhow and he is ready to do anything possible to make true his dream. The coach believes that Martin became the contingent player who has the quality to turn into the club to win. He believes once he could do success to move of the youngster he would convince him not to leave the club and stay there forever.

Hans-Erik, Odegaard’s father recently had made a meeting with Real Madrid official to discuss his son’s destination. It is also learn to the source the Bundesliga Club Paris Saint Germain (PSG) wanted to seal the playmaker on their team. They also gave the offer of €35 million for the transaction.  But his father wished to send him Liverpool side and the Real club clearly notified that he would not be sold as permanently and granted the loan move permission.