Arsenal midfielder Jack Wilshere is currently on loan in premiere league club Bournemouth. The Gunners manager Arsene Wenger still plans to offer Jack Wilshere a new contract. Although the injury prone midfield warrior was sent to a season long loan deal to the Eddie Howe’s side by the Experienced One but the Frenchman is still impressed with the 24 years old’s performances & cleared that soon he’ll be offered a new Arsenal contract.

After moving to Bournemouth on a season long loan deal, Wilshere has featured in all 9 games so far. But that run is going to have an end on this Sunday as the loan rules mean the Stevenage born midfielder can’t face his parent club at the Emirates. So Bournemouth manager will be forced to drop him against his parent club Arsenal in their very next game.

The English midfielder has a contract with the London based club which will be expired on 2018. The Gunners boss was asked by the media & replied that they would certainly offer the midfielder a new contract. They have plans to finalize it before the next year. Probably it will be addressed before the next summer. 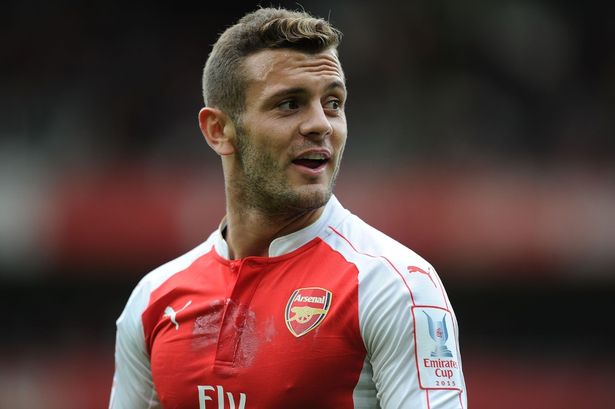 The 67 years old admits that he keeps getting regular information about the player & keeps checking his performances even during his loan spell. Wenger also says that he directly doesn’t talk to the midfielder during his loan terms & leaves him to talk to his current manager. The Professor says, “When I can watch him, I do watch him.”

Wenger is impressed with the Englishman’s recent development. He believes, that was a good decision for Jack to go to a club where he is getting regular football. The professor thinks that the man who came from the Arsenal academy, is getting stronger everyday and that’s the exact solution for the 24 years old footballer. Arsene also revealed that he misses Jack when he stays at the top of his game.

“Any new deal would be for football reasons and not to protect our value. I let him go this season because we bought Granit Xhaka, we have Mohamed Elneny, Aaron Ramsey and I thought if he doesn’t play regularly and wasn’t fit enough to be in the position to start games. So I let him go.” The Frenchman continues to speak.

The Experienced One added that he’ll see till the end of the season. According to him, if Wilshere comes back to his right level, he’ll regain his place in Arsenal’s first team. The manager reveals that he will personally like to have him back because the footballer keeps saying that he’s an Arsenal man.

When Jack Wilshere faced the media & was asked about his thoughts & expectations from the next match, the young midfielder showed his respect for his parent club but also revealed that as being a current member of the Bournemouth squad, he wishes the visitors to get a victory at the Emirates.