The Gunners are moving for their ultimate signing this summer before the transfer window close at next Wednesday. In the meantime, their prime target is Deportivo La Coruna’s striker Lucas Perez who is commonly known as Lucas. He is a Spaniard but did not get chance to perform for Spanish national team till now. He is now 27 years old and joined the Spanish side La Coruna in 12th August, 2015 with four years validity. Now, he is about to head for the Emirates Stadium finally where first time the deal was turned down in earlier this summer.

He has almost completed his medical today and within this week he will be one of the Gunners player. The transfer fee will be approximately £17million at last. 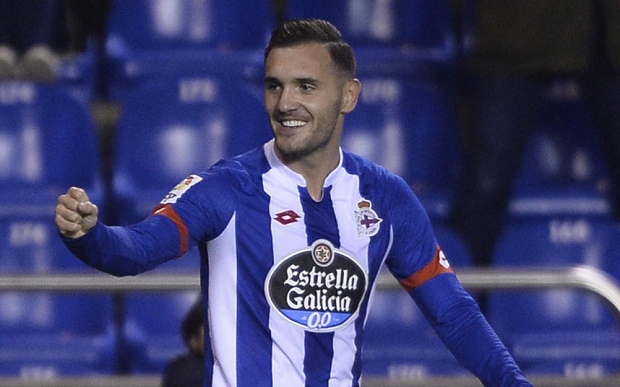 However, the Gunners boss Wenger was keen to this player at the beginning of the July, 2016, just one month ago when they offered only few but the Spanish side refused that offer. And later, the player was set to move to the Everton but come to at end of the transfer window, Wenger does not want to take any risk but to secure his attacking side and so, he headed back to this Spaniard.

27 years old Spanish international wants to participate in a Champions League, would probably get chance in next season of UCL, who has almost at the end to become a part of the Gunners with four years agreement.

Lucas would probably get chance to perform with the best eleven in the Gunners team while they also have possible alternatives and have plenty of attackers in their current squad. Chilean forward Alexis Sanchez along with playmaker Mesut Ozil are the two most effective players of Arsenal. The Spanish international would have to make a good understanding with them and hopefully they would be strong enough to claim the Premier League title after a long time where in last season they stood in 2nd position.

Lucas Perez, who is considered the top player of the Deportivo La Coruna, he spent a long loan season with the Turks before permanently shifted at the Riazor in 2015. In last La Liga season, he made 36 appearances and scored 17 goals so far with the Turks. He made a free transfer in Karpaty Lviv in 17th January, 2011 where made a deal for three years. Later, he joined Paok in 2013 with €700,000 fee for another three years. So, it seems, moving to Arsenal would be his biggest achievement in his career.