Everton’s Romelu Lukaku has made the history as he has become the first ever Evertonian in more than 3 decade period to score 20 English Premier League goals in a season. The Belgian young star has been outstanding since joining the Marseyside Blues from Chelsea and this season he has even surpassed his previous forms and records as he has been in absolutely hot form from the very beginning of the 2016-17 season.

He has bagged more than 20 goals so far this season and became the part of the history after his first goal against Hull City in Everton’s latest clash before the international break. The 23 years old striker has scored a brace during the finishing moments against their victory over the Hull Tigers and his sensational efforts have taken him to the top place of this season’s EPL top scorers’ list, which is a great achievement. 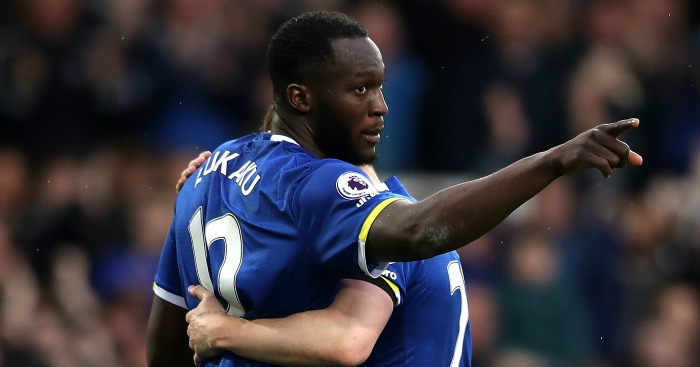 The former Anderlecht forward is topping the list with 21 goals so far and he has just scored 22 competitive goals for the Toffees in this ongoing campaign. All his league goals have come from open play. His nearest candidate is Tottenham striker Harry Kane. The English man has netted on 19 occasions in the ongoing EPL and 4 of them have come from penalty kick. The super star is currently out with an injury which was suffered by him during his side’s FA Cup victory against Millwall. Arguably Lukaku and Kane are the most consistent goal scorers of the league since the last 2 or 3 seasons and they have continued to prove what they are capable off and the statistics talk in favour of them.

Arsenal winger Alexis Sanchez is on 3rd spot with 18 strikes so far. The Chilean has scored twice from the penalty kicks and has been the stand out performer for the Gunners. The former Barca attacker is followed by table leader Chelsea’s poacher Diego Costa who had netted on 17 occasions this season and occupied the 4th position.

The ever green Swedish legend Zlatan Ibrahimovic, who has been the best hope for the Red Devils is currently sitting at the 5th position with 15 league goals. The other members of the top 10 position are Dele Alli (Tot), Jermain Defoe (Sun), Sergio Aguero (Man City), Sadio Mane (Liv), Eden Hazard (Che), Joshua King (Bou) and Fernando Llorente (Swa). All Blues’ Belgian sensation Hazard, The Cherries Norway international King and the Swans’ Spaniard poacher Llorente share the 10th spot with 11 goals a piece so far.