Spanish La Liga Champion Barcelona are keen to buy the French International Samuel Umtiti who is currently participate in ongoing 15th edition of UEFA Euro 2016. He is playing for the Ligue 1 club Lyon since 2011. He is at 22 years old only and at his early age, he has got opportunity to play France national football team. It is a great achievement for him.

Recently, Barcelona has offered him €30 million reportedly to bring him Camp Nou and Samuel Umtiti has agreed to make a deal with them. 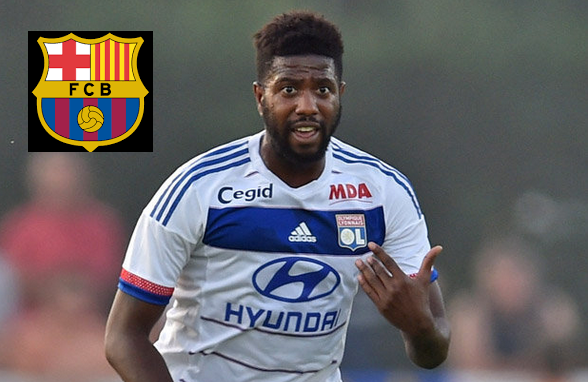 Barcelona are desperate to rebuild their back line of upcoming season which why they have focused on two players named Lyon’s Samuel Umtiti and Paris Saint Germain’s Marquinhos.

The president of the Lyon Jean Michel Aulas has already confirmed that French forward can join Barca after their €30 million offering. He is a promising player, added by the president.

Cameroon by birth, this player has proved himself already in club so far where he totally played 131 appearances for Lyon and also scored 3 goals. Based on his performance, he has gained the trust and got chance to join national team. And obviously, this is an incredible offer from La Liga champion.

Though, Barcelona has plan to spend more around €40 million but finally they have got him in exchange for €30 million. So, now Barca have more money to get focused on attacking side. After the deal will confirm, they are planning to buy PSG’s defender Marquinhos as their future centre back. But PSG will not let this defender leave so easily.

However, but first they have to confirm about Samuel. Lyon and Barcelona have been negotiating between themselves sometimes where they are both agreed about the transfer fee will be €30m. As stated by the report, this will be an remarkable agreement for Umtiti to join Spanish champion Barcelona. President of Lyon says that if he will play with his heart for that club, then he can leave for Camp Nou.

Samuel Umtiti joined the youth academy of France in 2001 and also played for the Lyon B. He also got chance to play for France under 17, Under 18, Under 19, Under 20 and Under 21 team squad.

Barcelona was keen to him because they want a young talented defender who can grow with Camp Nou and become something special and it would fit for 22 years old french Umtiti. So, he will be welcomed there.

After the UEFA Euro 2016 will end, he would probably fly for Spanish giant Barcelona to begin his new career.