According to the report, Manchester City is plotting to make a bid for Italian centre back Leonardo Bonucci in next January, 2017 when the winter transfer schedule will open. This Italian international is currently playing for Serie A giant Juventus where he joined there in the middle of 2010. He made four years contract with them primarily and later the contract was extended. Though, in last summer transfer window, he was about to move to the Old Trafford according to the spreading rumors where the Red Devils offered almost £60 million reportedly for this Italian international but rejected. Now, Bonucci has come to the spotlight again where he is wanted by a couple of English giant named Manchester City and Chelsea. But, the Old Lady has already tagged a price for this defender and they stated that they will not accept less than £50 million only for considering their one of the trump card. But, this time City is ready to meet their demand but they will have to wait till next transfer window which will be opened in January, 2017. 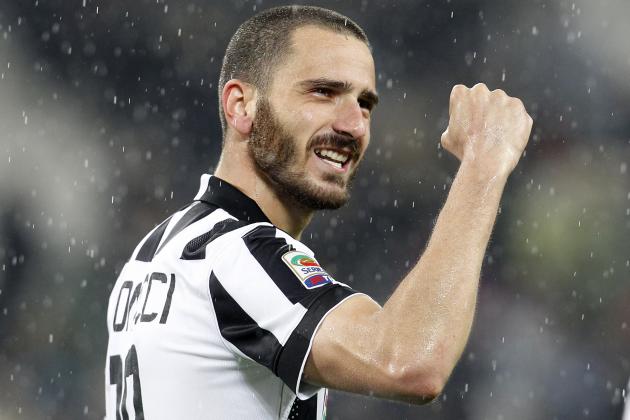 However, it would not so easy for the Citizens because they have got competitor from their Premier League named Chelsea. Antonio Conte is not satisfy about his current defensive line ups where they could have won their last five Premier League matches but failed two times due to the lackings of the defense. So, Conte would think to secure his back line while there is still has chance to win running EPL 2016/17 and in that case, his first choice is Italian international.

Though, it would be tough for them to meet such amount because the Blues already spent huge amount this summer to collect new faces.

However, the new chief of the City Pep Guardiola is the admirer of the Old Lady defender since long but before he did not try to collect him. His best defender Vincent Kompany has fallen into injury and so Guardiola is in trouble to choose possible defender to play and also they have little shortage of defensive line though, they bought John Stones from Everton this summer who cost a large amount.

So, they are in desperately need a perfect alternative for Kompany and they have focused to Leonardo Bonucci and ready to bring him at Etihad in next transfer window though they will face competition from the Blues but the main problem is to spend such large amount.